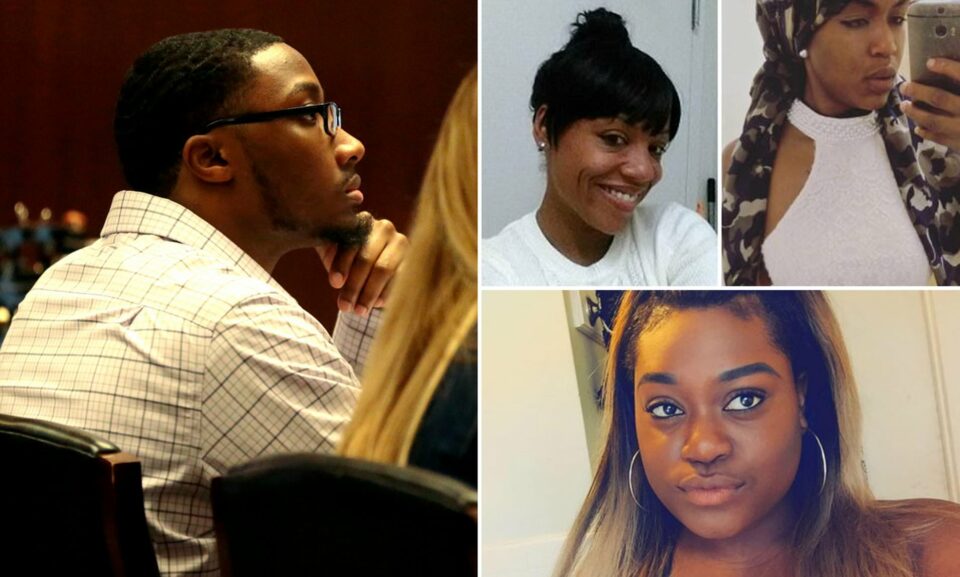 A man who killed unsuspecting victims that he lured through dating apps has been sentenced to over 150 years in prison.

According to The Associated Press, convicted serial killer Khalil Wheeler-Weaver will be spending the remainder of his natural life in jail after a New Jersey judge gave him a sentence of 160 years in prison.

Wheeler-Weaver was convicted Wednesday of going on a killing spree that ended with three women dead. He was indicted nearly four years ago on three counts of murder, one count of attempted murder, including kidnapping, aggravated arson, and desecration of human remains charges.

Five years ago, the convicted killer used dating apps to lure and then kill three women. At a state court in Newark, New Jersey, the 25-year-old Wheeler-Weaver denied committing the heinous crimes when he addressed Superior Court Judge Mark S. Ali, insisting that he was framed for the killings. He had no emotion when the judge sentenced him to 160 years in prison.

NorthJersey.com reported that Superior Court Judge Ali stated, “The purpose of this sentence is that this defendant never walks free in society again.”

Wheeler-Weaver, who has been jailed in Essex County since he was arrested for the crimes in December 2016, will be eligible for parole after 140 years.

There were four known victims. One of them, Tiffany Taylor, was able to escape and testified in the trial. She also spoke at Wednesday’s sentencing and described how the attack changed how she lives.

“My whole life is different; I don’t wear makeup anymore; I don’t have friends. I’m always paranoid. But I’m happy to still be here,” she said to the court before telling the judge, “I hope you don’t show him any remorse because he’s not showing any remorse.”

Three other women did not survive his attacks: Sarah Butler of Montclair, New Jersey; Joanne Brown of Newark, New Jersey; and Robin West of Philadelphia.

Prosecutors introduced evidence at the trial that Wheeler-Weaver had lured his victims through the use of dating apps. He had sex with the women and then strangled them. The victims’ bodies were found between September and December 2016 in northern New Jersey. Evidence was also provided from Wheeler-Weaver’s cellphone that placed him where the victims had disappeared and where their bodies were discovered.

Assistant Essex County Prosecutor Adam Wells stated at the sentencing that the killings were separated by weeks which gave Wheeler-Weaver a chance to ponder his actions before killing again.