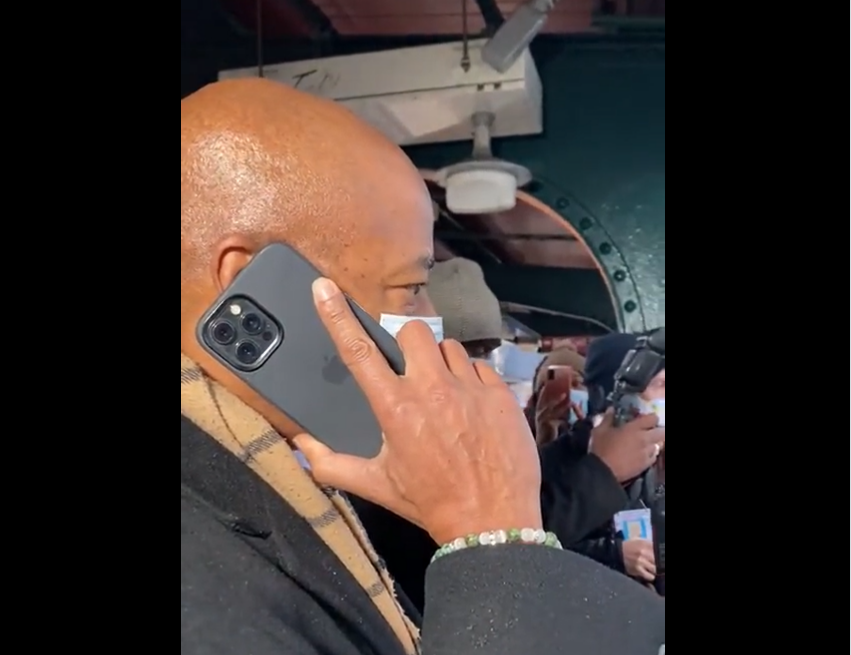 New York City Mayor Eric Adams had an eventful first day, calling the police to report an assault while waiting for the subway.

Hours after being sworn in as mayor in Times Square on New Year’s Eve, the former New York City police captain took the subway from Brooklyn to City Hall, talking with New Yorkers and being followed by reporters. That’s when Adams noticed three men fighting on the street as the train passed through the Kosciuszko St. stop in Brooklyn on the J train.

Videos on Twitter and social media show Adams reporting the assault while it was in progress.

“Yes, I’m at Broadway and Kosciuszko and I have an assault in progress,” Adams told officers on the phone as reporters followed the newly sworn-in mayor around town on his first day in office.

“No—assault in progress, not past assault,’ Adams clarified to the dispatcher. ‘They are fighting each other on the street right now, three males.”

By the time police arrived two of the two men left the scene. Officers spoke to the third man but did not leave their patrol vehicle.

As mayor, Adams and the police force he used to work for will try to decrease last year’s 481 murders, a 10-year high. In the run-up to the election, Adams talked up the idea of community policing, targeting areas where police confidence is low and giving promotions based on ratings given by local residents.

However some of his ideas on public safety, including the reinstatement of a plainclothes police unit, solitary confinement and stop-and-frisk, have received pushback from the New York City Council and other politicians in the state.