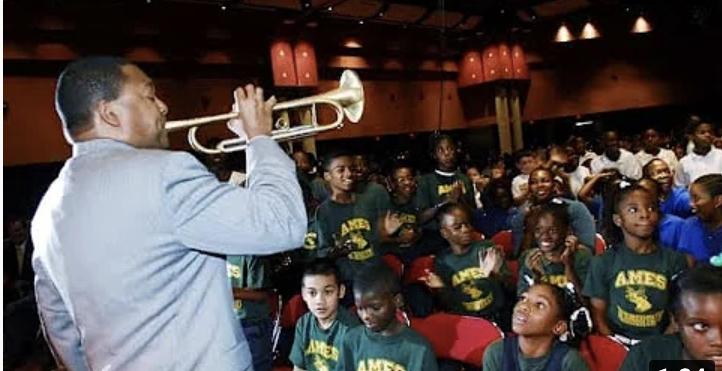 The New Orleans school board agreed to reverse a century-old ban on jazz dancing and playing jazz music in schools. New Orleans is credited with developing the musical genre still played in numerous evening venues today, US News reports.

“I’m very glad that we can rescind this policy. I want to acknowledge it. It was rooted in racism,” Orleans Parish School Board President Olin Parker said at the Thursday night meeting. “And I also want to acknowledge the tremendous contributions of our students and especially of our band directors, whose legacy continues from 1922 through present day.”

The creators of this racist law aimed to distance New Orleans school children from the African-Americans who created the city’s signature musical style. However, many ignored the ban when school board members passed it in 1922, WGNO-TV reports.

Some schools continued to teach jazz, and marching bands partnered with dance teams are a considerable component during Carnival season parades, according to AP News.

“In this instance and in this instance only we’re glad that the policy was ignored by our students, by our schools,” said school board member Katherine Baudouin. “Our schools played a major role in the development of jazz.”

Ken Ducote, executive director of the Greater New Orleans Collaborative of Charter Schools, publicized the policy to the board when he read about the guideline in Al Kennedy’s book “Chord Changes on the Chalkboard: How Public School Teachers Shaped Jazz and the Music of New Orleans,” US News reports.

“It’s like if Colorado passed a rule banning students from looking at the Rocky Mountains,” said Ducote.

In 1922 school documents show Mrs. Adolph Baumgartner, a school board member, opposing the stylings of jazz music, according to AP News.

“Think of it as an early version of the book ban,” said Kennedy. “It seems like they were more afraid of it being a bad influence than anything else.”