New Service Lets You Drive a New Mercedes-Benz Every Month

Before the launch of Uber, the aviation industry, understanding that most people really can’t afford a private jet to themselves, created a whole new market outside of commercial airlines that allows passengers to charter a jet as easily as they use a ride-sharing service. Since the launch and successes of Uber, Lyft and other similar services, consumer behavior on car ownership has been shifting, and automotive makers are playing catch-up. This year alone, Mercedes-Benz and BMW are going all in on the subscription service business.

BMW announced the pilot launch of “Access,” a new subscription service that gives users unlimited access to its fleet of luxurious cars. For just $2,000 a month, users will get access to the X5 SUV, 4 Series, and 5 Series sedans, including all of its plug-in hybrid versions, according to Bloomberg. You can up your game, however, to the “M” tier for just $3,700 a month—and that gives you unlimited access to its cache of sports cars like the M4, M5, or the M6 convertibles, but doesn’t include access to the automotive maker’s highest-end M7 series.

“The reason why we went with the upper tier, especially the ‘M’ tier, is we think we can learn an awful lot more with that clientele,” said Ian Smith, Chief Executive Officer of BMW Group Financial Services in the Americas, which is running the pilot. “This is about learning and ensuring with our dealer partners that we’re building a business model that’s sustainable for the longer term and not something that’s going to be a fad for this year.”

Last Thursday, Mercedes launched the “Mercedes-Benz Collection,” its own version of BMW’s Access, which allows customers to switch in and out of vehicles depending on their needs or lifestyle as a pilot in Nashville and Philadelphia in June.

Mercedes-Benz’s subscription service includes an app but also a concierge service. Just like ordering a ride-share service, customers will request vehicle exchanges, concierge communication, and other actions via the app. Mercedes said its concierge staff will ensure the delivery of its vehicle is “consistent with the details and preferences in the customer’s profile.” Users get unlimited access within the tier they’re subscribed to and no mileage limitations. The monthly subscription fee includes insurance, 24/7 roadside assistance, and maintenance.

BMW Financial Services will foot the cost of the pilot and depreciation risk of the vehicles, while the Nashville dealership will service, clean, and deliver cars. Clutch Technologies LLC, which also powers Porsche’s Passport subscription pilot, is running the mobile app and predictive analytics to enable the service.

Mercedes and BMW join the likes of Cadillac and Porsche; both launched a similar service in 2017, offering customers “to swap to a newer car sooner than a traditional lease or finance plan, or a higher-quality vehicle than a daily rental from the airport.” 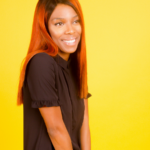 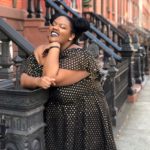 CURVSI Launches App Designed for Women Size 10 and Up