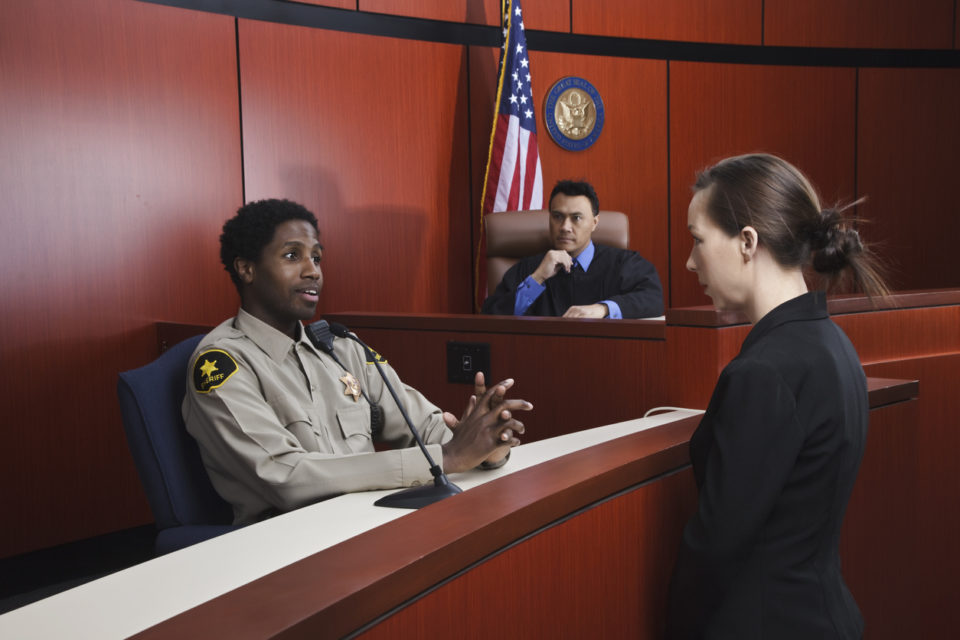 Male deputy sheriff speaking on the witness stand in the courtroom. [Image: istockphoto.com]

After a rash of police killings and the ongoing protests for racial injustice along with the opposition to police brutality, specifically against people of color, there have been talks of putting an end to qualified immunity for police officers.

According to CNN, the New York City Council has recently passed a series of reforms for the New York Police Department (NYPD) on Thursday, which includes ending qualified immunity for police officers, which has protected them from being sued.

Included with the recent changes, the Civilian Complaint Review Board (CCRB) is now allowed to investigate police officers with a history of bias and racial profiling complaints. It also gives the CCRB the final authority on discipline recommendations for police officers.

“We believe the plan ratified today by the City Council reflects the themes brought forward with reforms that center squarely on bringing an end to such policing, the criminalization of poverty, and the lack of transparency and accountability in the NYPD,” a statement from the Collaborative Co-Sponsors Jennifer Jones Austin, Wes Moore, and Arva Rice said. “We know there is more to be done. Now the work begins to implement this plan without delay, and ensure that the City’s budget is fully aligned.”
As expected, Police Commissioner Dermot Shea wasn’t too happy with the changes.
“Right now, the commissioner hires them, trains them, asks them to go in harm’s way to keep New Yorkers safe, and if an officer breaks the rules, I discipline them and if necessary fire them,” Shea said. “If I am not doing that the right way, I am accountable. The buck stops here. To take that away from the Commissioner, ask yourself who has the accountability then?
“No other city agency uses that system nor does the FBI, the Secret Service, or the Marines. There is a reason for that. You need to know where the buck stops,” he stated.