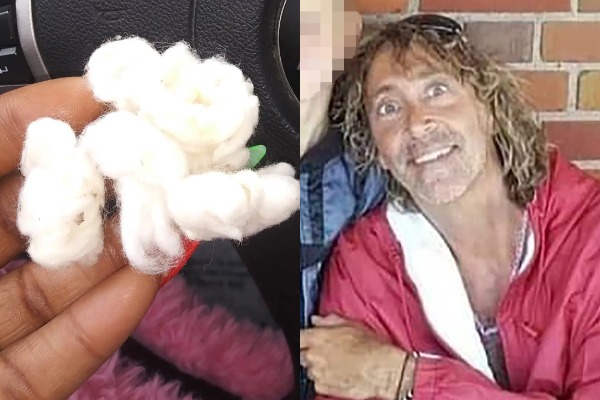 A social studies teacher in upstate New York is on administrative leave after reportedly making students pick cotton as a lesson on slavery.

The Rochester School of the Arts sent out an email last week confirming that Patrick Rausch did conduct a cotton-picking lesson and is on leave amid an investigation, Democrat and Chronicle reported.

Rausch is facing allegations of racism, including placing handcuffs and leg shackles on his mostly Black seventh-grade students and forcing them to pick cotton and refer to him as “Massah.”

“I almost drove off the road,” said Precious Tross, whose daughter, Ja’Nasia Brown, is in Rausch’s class.

“She’s traumatized; she feels belittled,” Tross said of her daughter. “He made a mockery out of slavery. How dare you.”

Tross took to Facebook last Tuesday to show the cotton her daughter took home from school. The post garnered an onslaught of criticism from many who called out the teacher and school administration.

But Tross and other parents are outraged that Rausch was allowed to conduct the unconventional history lesson at all.

“I am angry, I am upset, I am appalled,” Tross told WHAM-TV. “I am behooved that my child was forced to pick out of cotton. It is very unacceptable.”

Students also note that this isn’t the first time Rausch has taught about slavery in ways that made students feel uncomfortable.

“I walked in the class, I sat down, he pulled out handcuffs and was like, ‘Who is willing to put these on?’,” SOTA seventh-grader Jahmiere O’Neal said. “We were all shocked.”

By the end of the week, the school sent out an email to families confirming the lesson plan of “great concern” led to Rausch being placed on leave amid an ongoing investigation.

“The district takes these situations very seriously, as descriptions of what occurred in the classroom by the school community are extremely troubling,” the statement said in part.