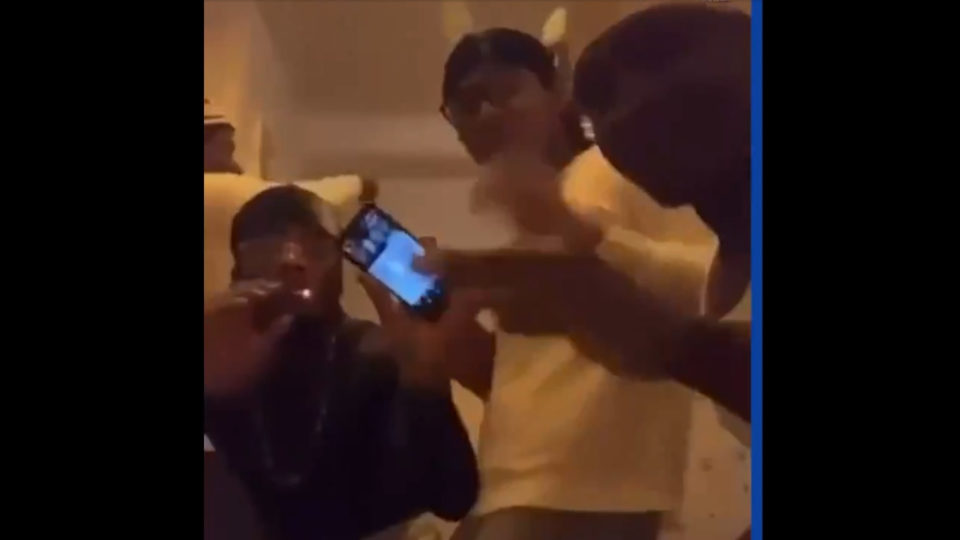 The prison system in New York City has always been a hotbed for violence but based on recent reports, it has gotten significantly worse and it’s due primarily to a shortage of staff according to The NY Post.

A recent video that was posted on the NY Post‘s website reveals a Tik Tok video showing inmates partying, smoking, and just having a great time at the infamous Rikers Island facility and officials are stating that it’s due to not having enough prison guards.

In an earlier news report last month, the newspaper published that three inmates from the Folk Nation gang jumped and beat a Bloods gang member and slashed him in the face. This incident took place at the jail’s largest facility, inside an unmanned housing area at the Anne M. Kross Center, according to records from the facility.

At the time of the disturbance, 26 corrections officers had been working quadruple shifts, while 35 were on triple shifts and 30 patrol posts across the jail facility as they deal with the shortage of staff there.

More recently, there was a cell phone video that was captured inside of the jail that emerged Sunday night that shows that three inmates were viciously attacking another inmate. The video clip shows the inmate being thrown on a bed and being beaten as he desperately cried out in pain.

It wasn’t clear if there was a correction officer present when it took place, but the beatdown lasted at least 25 seconds without intervention from anyone. On Sunday, there were at least 33 guard posts that were unmanned and 22 officers who were working on triple shifts during two different shifts, said Patrick Ferraiuolo, the president of the Correction Captains’ Association.

On Tuesday, an inmate, 24-year-old Esias Johnson was found dead inside of the jail. That made him the tenth prisoner to die in the last nine months, the Department Of Corrections (DOC) said.

Ferraiuolo and a source from inside the jail have both stated that Johnson died of an apparent overdose and the DOC said the area he was found in was under supervision. Ferraiuolo had also stated that he was informed that drug paraphernalia was found close to Johnson.

“We have at least three medical emergencies a day from inmates doing drugs. I’m not sure what they’re taking but it’s definitely not marijuana. I had a medical emergency in my housing area, the inmate was hallucinating and foaming at the mouth,” said a Rikers source, also stating that most inmates have been dabbling with the synthetic drug K2 mixed with fentanyl. “He was on the floor and the inmates were throwing water on him,” the source said. “For how long is unknown.”

The newly-appointed DOC Commissioner Vincent Schiraldi has acknowledged that the agency is “deeply concerned” about the current conditions on Rikers Island.

“We are doing all that we can to address the current conditions in our facilities, to improve safety, and to encourage staff to return to work,” Schiraldi said. “We are deeply concerned about what is occurring and won’t rest until we create an environment at Rikers in which people feel safe to work and live.”