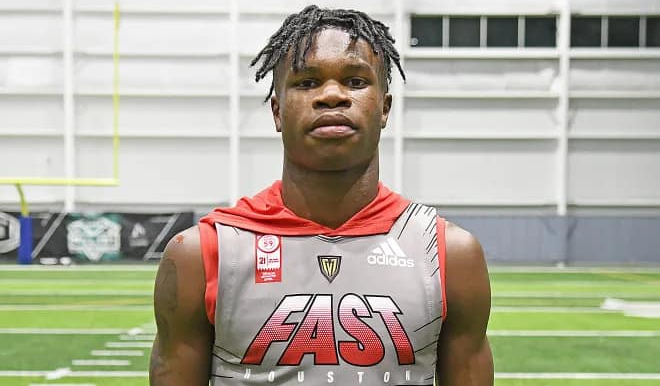 The number one high school football prospect in the nation has shocked the sports world by changing the school he previously committed to and signed with another on the first day of the early signing period.

According to CBS Sports, the Number 1 prospect in the Class of 2022, Travis Hunter, stunned the college football world when he decided not to sign with Florida State University, with whom he previously committed, in order to sign with the HBCU Jackson State University.

“Florida State has always been a beacon for me,” Hunter stated in his Twitter post. “I grew up down there, that’s where my roots are, and I never doubted that I would play for the Seminoles. It’s a dream that is hard to let go of, but sometimes we are called to step into a bigger future than the one we imagined for ourselves. For me, that future is at Jackson State University.”

History was made as Hunter is the highest high school recruit to sign with an HBCU.

HBCU Jackson State University has a nice streak going since they hired NFL Hall of Famer Deion Sanders as the varsity football coach. Sanders recently won the Eddie Robinson Award for Division 1 FCS coach of the year it was announced this week. His son, Jackson State University quarterback Shedeur Sanders has won the 2021 Stats Perform Jerry Rice Award, given to the national freshman player of the year. He became the first HBCU player to win the award.

With Deion as the head coach, the pair helped Jackson State University win its first Southwestern Athletic Conference championship since 2007. This Saturday, the Tigers, who are currently 11-1, will play South Carolina State in the Celebration Bowl in Atlanta.

Now, Hunter is joining a winning team and Jackson State University and Deion Sanders is gaining an explosive player.

Sanders did forewarn the world that they were going to shock the country.