Where Are Black Families on Primetime TV? Nowhere To Be Found 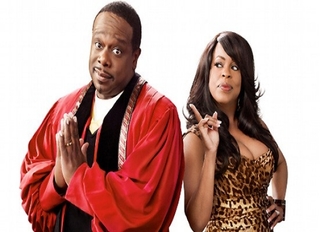 The Cosby Show was a great show, but it’s sad that so few quality programs that focus on black family life have been on primetime television since the show’s final airing 20 years ago.

“The conventional wisdom in Hollywood is that building a show around a black family would be a liability in terms of attracting a wider audience.Â The executivesÂ feel that the mainstream or larger groups just would not be interested in a black family,” said Darnell Hunt, director of UCLA’s Ralph J. Bunche Center for African American Studies in an interview with the LA Times.

And to that end, TheÂ Soul Man may not come back for a second season. Braxton goes into further detail about the dearth of black families on television and asks industry experts their opinions on why that is.

Head over to the LA Times to read the full piece.