No Same-Day for You: Amazon and Other Examples of Unequal Access in Tech 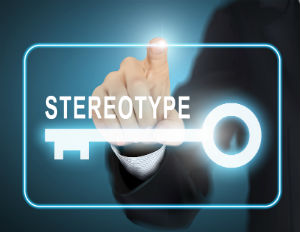 Amazon’s same-day delivery unequal access also extends to locations within major cities. The report also states that In New York City, same-day delivery is available throughout Manhattan, Staten Island, and Brooklyn, but not in the Bronx and some majority-black neighborhoods in Queens.

This is yet another example of separate and unequal when it pertains to technology, particularly with location-oriented services.

Verizon, for instance, has been accused of “redliningâ€ its high-speed Internet service, FIOS. Critics have said that with the deployment of FIOS throughout the New York suburbs of Long Island, the telecom giant has opted to deploy in more affluent areas while ignoring poorer ones, a claim Verizon vehemently denies.

Internet access is no longer a luxury. It’s a critical utility for people to get access to necessary services, and a crucial tool for students to keep pace in the classroom.

Even ride-sharing services Uber and Lyft, which are often lauded as alternative transportation for blacks who often have so much trouble hailing standard taxis; have been under scrutiny for not requiring drivers to pick up passengers in predominately black neighborhoods.

By law, in most cities taxis cannot refuse service based on a potential fare’s race or ethnicity. But we all know it happens, a lot.

And Uber and Lyft are not subject to the same laws under which standard taxi services must comply.

One blogger wrote about his experiences with the ride-sharing services in his neighborhood of Watts, in Los Angeles:

My real issue with Uber and Lyft is the fact that they aren’t regulated when it comes to choosing passengers. I work in Watts and I have never once seen an Uber or Lyft car anywhere in the area.

How unfortunate that technology advances so much faster than humans’ capacity to not be racist, sexist, or to engage in another sort of bigotry that makes services and goods not accessible for all.