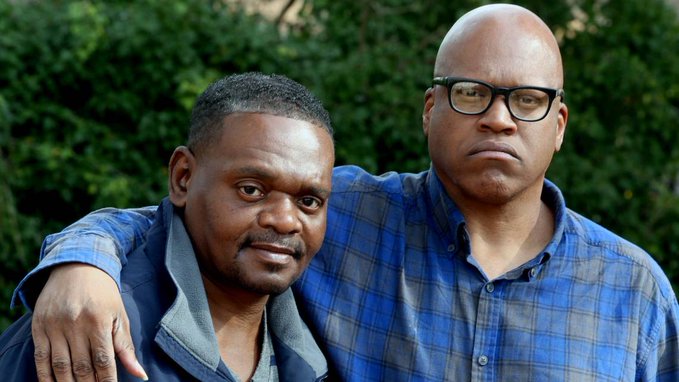 The wheels of justice sometimes spin in the right direction. Two Black men, half-brothers, who spent several decades in prison due to being wrongfully convicted in the 1983 rape and murder of an 11-year-old girl, have been awarded $75 million.

I wrote about the Henry McCollum/Leon Brown case, and the effort to reach this point, in a lengthy story that ran in March. It’s a story of how difficult it is to hold law enforcement to account, even in the most egregious cases of miscarried justice: https://t.co/NPvXnuboFC

According to The News & Observer, a jury in North Carolina has awarded $75 million to two Black brothers who are intellectually disabled who spent decades behind bars after they were wrongfully convicted in the 1983 rape and murder of an 11-year-old girl.

The eight-person jury on Friday awarded Henry McCollum and Leon Brown $31 million each in compensatory damages, $1 million for each year that they spent in prison. They were both wrongfully convicted twice for the 1983 rape and murder of an 11-year-old girl in Red Springs after signing confessions they stated that they didn’t understand. The brothers are both intellectually disabled with IQs in the 50s.

The jury also awarded the half-brothers $13 million in punitive damages after the Robeson County Sheriff’s Office, one of the defendants named in the civil suit, settled its part of the case earlier that day for $9 million.

“The first jury to hear all of the evidence—including the wrongly suppressed evidence—found Henry and Leon to be innocent, found them to have been demonstrably and excruciatingly wronged, and has done what the law can do to make it right at this late date,” Elliot Abrams, a Raleigh attorney who was part of the brothers’ legal team.

“For more than 37 years, Henry McCollum and Leon Brown have waited for recognition of the grave injustice that law enforcement inflicted upon them,” the brothers’ attorneys said in a collective statement after the trial. “Today, a jury did just that, and have finally given Henry and Leon the ability to close this horrific chapter in their lives.”