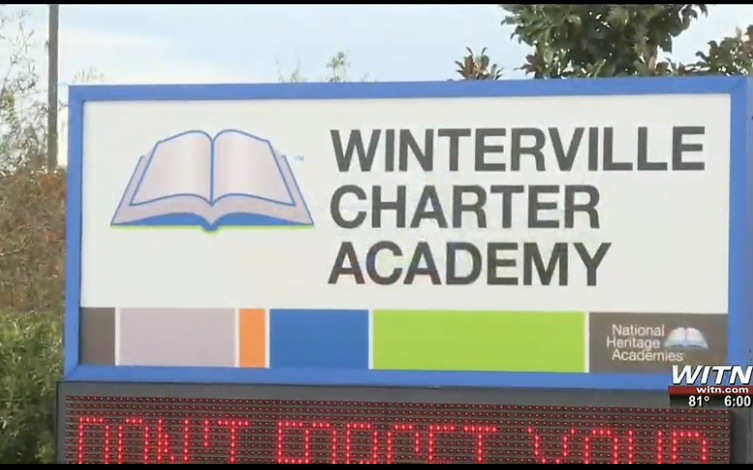 A North Carolina teacher told Black students in her class that if not for the Constitution, they would have been her field slaves.

According to WITN, Annastasia Ryan, the principal of Winterville Charter Academy accepted the resignation of the teacher and sent a memo to parents of eighth graders, stating a “racially insensitive lesson” about the Constitution took place at the school and that the teacher responsible for it had resigned following an investigation.

The memo reads in part:

“On Monday evening, it was brought to the attention of school administration that a racially insensitive lesson regarding the importance of the Constitution of the United States was carried out during an English lesson on Constitution Day.”

As a part of the memo, the principal also states the school will now begin to offer “culturally sensitive training for the teacher that resigned” and for current and future staff members.

The school, has not identified the teacher, but according to WITN, the teacher “had them raise their hand during a constitutional lesson and reminded them that if it wasn’t for the Constitution, they would be her slaves. Her field slaves.”

But this is apparently one of several racist incidents to take place at the school. The AP reports, parents of Black students at the school say the incident involving the teacher was not the first instance of racism at the school.

“A white student had called a Black student a monkey,” Kanisha Tillman, the mother of an eighth-grader at Winterville said. “When the Black student educated him on that being racist and him not liking it and not to call him that and asked the teacher for support, the teacher turned around and said to him, ‘Oh, it’s OK. We’re all a little bit racist.'”

According to The Daily Beast, another memo from Ryan was sent on October 5, addressing racism.

“Our school culture is built on one of acceptance, love, and respect to serve all children and their families. The inner workings of our school are surrounded by intentional efforts to eliminate implicit and explicit bias,”  the memo said.