Nurse Who Received First Covid Shot in The U.S. Is Now A Vaccine Activist 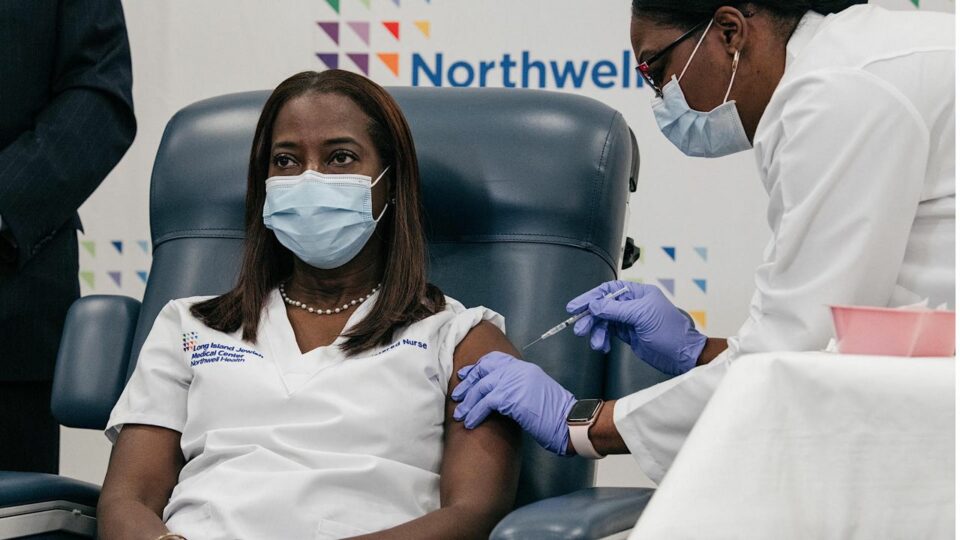 New York nurse Sandra Lindsay has become a fierce advocate for the COVID vaccine after becoming the first recipient of the shot in the U.S.

In recent weeks, Lindsay has made several public appearances as part of the country’s most extensive vaccine campaign, NBC News reports. Speaking in panels, Zoom town halls, and other events, Lindsay proudly promotes the jab to Americans who are still reluctant to receive the vaccine.

“I encourage people to speak to experts who can answer their questions, to access trusted science. I let them know that it’s OK to ask questions,” Lindsay said.

Lindsay was among a group of healthcare workers who received the first round of shots in a televised event on Dec. 14, 2020. Now, a year later, Lindsay has become somewhat of a vaccine celebrity who doesn’t mind spreading awareness about the benefits of getting the shot.

“I just felt broken, defeated, just tired and burned out,” Lindsay said of COVID’s impact on her job as the director of critical care nursing at Northwell Health’s Long Island Jewish Medical Center in Queens. “Witnessing the overwhelming loss of lives, loss of livelihoods.”

Lindsay was among the first volunteers after the hospital asked who was open to receiving the vaccine.

Now, due to her advocacy work, President Biden has recognized Lindsay as an “Outstanding American by Choice,” a U.S. Citizenship and Immigration Services program that recognizes citizens who have been naturalized.

Lindsay understands the reservations communities of color have with getting vaccinated due to a disturbing history with the medical industry. But she says she did her research and assures people that the vaccine is safe and effective, ABC News reports.

“We’ve had millions and millions of people around the world get vaccinated without any significant adverse event,’’ she said.

Lindsay takes pride in her work as a nurse and vaccine activist as the new Omicron variant rages through the country.

“It’s very rewarding to hear people come up to me and say, ‘Thank you very much. You’ve inspired me to get vaccinated,” she said.