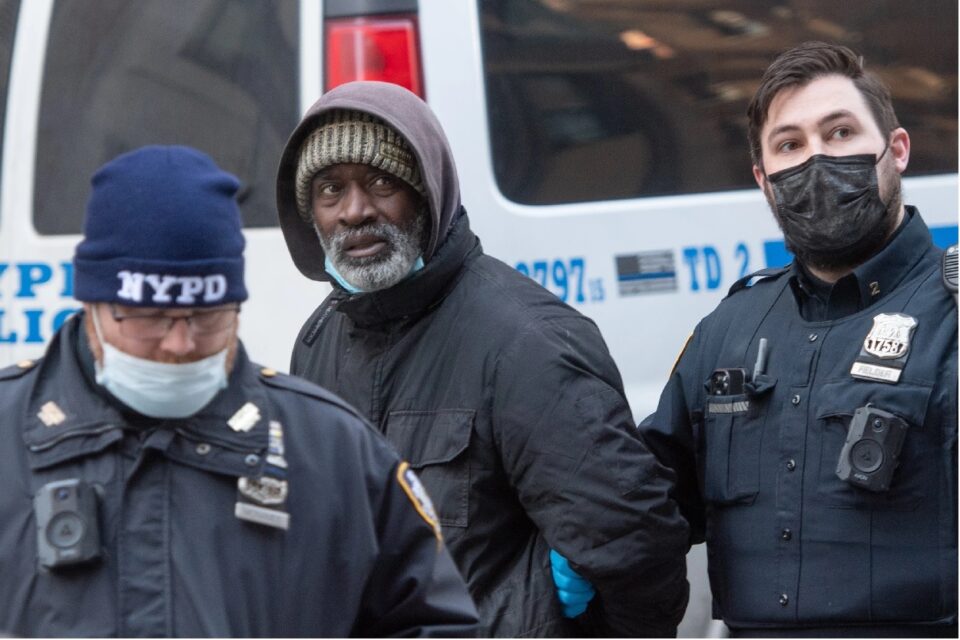 A homeless man walked into an NYPD transit precinct on Saturday morning and confessed to pushing a woman off of a Times Square subway platform as a train pulled into the station.

According to the New York Post, the 40-year-old victim, Michelle Go, was standing on a southbound platform at the busy MTA stop when Simon Martial pushed her in front of an incoming R train. She was killed on impact.

“This incident was unprovoked and the victim does not appear to have any interaction with the subject,” Police Commissioner Keechant Sewell told reporters at a briefing Saturday morning.

Following the incident, Martial took the train downtown to Canal Street, where he walked into the train station’s NYPD outpost and turned himself in 13 minutes after killing Go.

As he was being escorted from the subway stop, Martial was confronted by reporters who asked if he was guilty and why he pushed his victim

A woman who witnessed the attack told the NYPD that Martial had approached her on the platform before setting his sights on Go.

“He approaches her. He gets in her space,” NYPD Detective Bureau Assistant Chief Jason Wilcox told CBS2. “She gets very raised up, very alarmed. She tries to move away from him, and he gets close to her and she feels that he was about to physically push them onto the train. As she’s walking away, she witnesses the crime where he pushes our other victim in front of the train.”

At the time of the attack, Martial had a warrant out for violating the terms of his parole. He had been arrested four times prior to this incident and had been involved in three other emotionally distressed incidents.