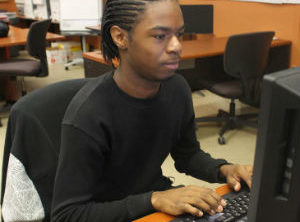 New York City’s Department of Education announced changes to the 2021-’22 school year, which is slated to begin in early September.

The coronavirus pandemic accelerated the virtual learning experiment and as a result, the city’s students will lose their snow days. For the upcoming school year, any school days that are declared snow days, will replace in-person learning with virtual learning.

The DOE has also replaced Columbus Day with Italian Heritage/Indigenous People’s Day. Many cities and states across the country have replaced the day to recognize and celebrate Native American peoples and commemorate their histories and cultures. At the same time, the day will also recognize the heritage of Italian Americans.

Juneteenth, which commemorates the end of slavery on June 19, 1865 has also been added to the calendar. During last year’s Black Lives Matter movement and protests, many states, including Connecticut, Vermont, Massachusetts, Minnesota, Virginia, Kansas and Illinois passed bills to celebrate the day. Companies including Nike, Citigroup, and Twitter have also begun to give their employees off for the day.

New York City, which had more than 500 people dying per day early in the pandemic has rebounded through an aggressive vaccination effort and widespread and relentless mask-wearing that continues today.

The 2020-’21 school year has been ravaged by the pandemic and Mayor Bill de Blasio‘s inconsistencies when deciding between in-person learning and remote learning. De Blasio, who was determined to open schools last fall, closed schools last November due to the city breaking the 3% positivity threshold.

Less than a month later de Blasio reversed course despite coronavirus rates increasing to 5% during the shutdown. That led to thousands of students being kept in their homes for the rest of the school year as parents quickly grew tired of de Blasio’s decision-making and feared for their children’s lives.