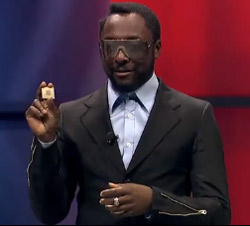 The former senior vice president and chief marketing officer for Girl Scouts of USA has over 30 years of experience in corporate management and branding, consumer marketing, and public relations.

NBA Commissioner David Stern announced Richie’s new position, saying she joined the organization at “such an exciting time in its history” and noting her extensive expertise.

“The WNBA is comprised of the best female basketball players in the world and I’m looking forward to working with these talented women as they strive to achieve their professional goals both on and off the court,â€ said Richie. “I am fortunate to have worked with an organization as inspiring as Girl Scouts, and I’m thrilled to have the opportunity to build upon the successes of the WNBA and help grow this league into a world-class business.â€

Prior to working for the Girl Scouts, Richie spent two decades at Ogilvy and Mather, working on highly successful branding campaigns for American Express, Pepperidge Farm and various others. She is the mastermind behind some of the company’s most successful and profitable campaigns. Richie has also received the YMCA ‘Black Achiever’s Award and Ebony magazine’s Outstanding Women in Marketing and Communications recognition. More recently, she was named one of the 25 Influential Black Women in Business by The Network Journal.

Richie is replacing Donna Orender, who resigned in December. She starts May 16, reporting to COO and Deputy Commissioner Adam Silver.

President Barack Obama opened up his Commencement Challenge to the public Thursday, allowing people to vote on which high school commencement he should attend.

Watch more three-minute videos and read the short essays for the participating schools.

The Black Eyed Peas frontman has teamed up with Joining Forces, a national program geared at mobilizing people to support US service members and their families.

How Badly Do You Want Financial Freedom?

5 Ways the Earthquake in Japan Could Affect Car Sales & You