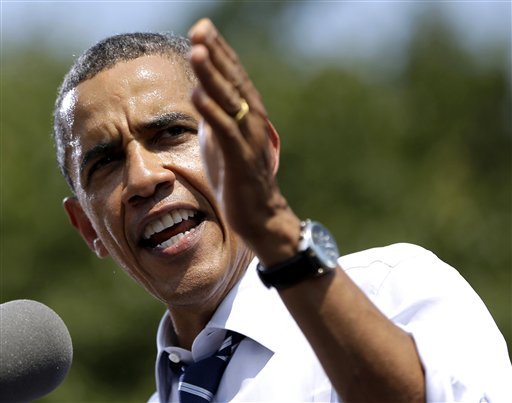 ...and "Yes, We Can," we've become satisfied and complacent.

On the election campaign in Iowa President Barack Obama took out the time to address his rival Mitt Romney and the Republican National Convention, which took place last week in Tampa, Florida.

“What they offered over those three days was more often than not an agenda that was better-suited for the last century,” Obama said to the crowd of 10,000 supporters. “We might as well have watched it on a black-and-white TV.”

The president pleaded with supporters to run to the polls while criticizing Romney and his Republican cohorts of not having a definitive plan to boost the economy. “There was a lot of talk about hard truths and bold choices … but no one ever actually bothered to tell you what they were,” Obama said. The president also said that Romney failed to mention the war in Afghanistan and veterans care.

The president is preparing for the Democratic National Convention, which takes place Thursday, Sept. 6 in Charlotte, North Carolina, where he will make his plea to the nation why he should be re-elected to office.