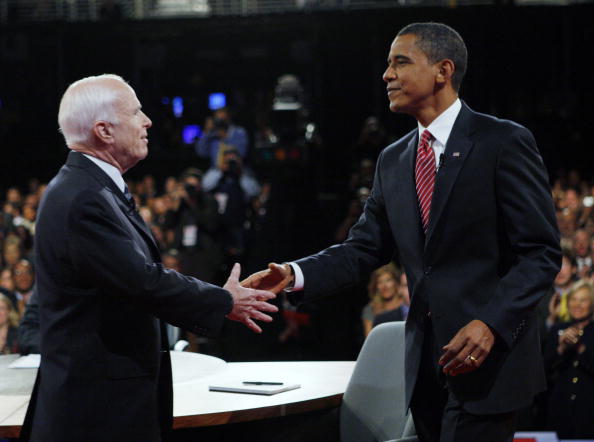 President-elect Barack Obama will meet Monday with John McCain at transition headquarters to discuss ways the two former rivals can work together on issues facing the country. The meeting will be the first since Obama beat McCain in the Nov. 4 presidential election.

“It’s well known that they share an important belief that Americans want and deserve a more effective and efficient government, and will discuss ways to work together to make that a reality,” Obama-Biden transition spokesperson Stephanie Cutter said.

They will be joined in the meeting by Senator Lindsey Graham and Congressman Rahm Emanuel, the incoming White House chief of staff.

Since losing the election, McCain has had few public appearances. He campaigned in Georgia for Sen. Saxby Chambliss, who faces a runoff next month.