Among the many remarkable firsts that President-elect Barack Obama can lay claim to during the course of his political career, the one he’d probably gladly do without is becoming the first president to inherit a formidable trinity of two wars and a financial crisis of global epic proportions. But as a man known to enjoy a good game of poker, he clearly understands he must play the hand that’s been dealt him. According to many experts, Obama is doing a good job so far as he transitions to power and a majority of Americans agree. In an ABC News poll, 67% of those surveyed said they believe Obama is managing his transition well.

Based on key cabinet and other staffing choices he’s made so far, it’s evident that Obama plans to govern more from the center of his party and fill his White House with a group of people who will provide diverse views. “I have a feeling that this is a president who likes to wrestle with ideas and is comfortable with a little bit of intellectual dissonance and that’s something we haven’t seen for a while,â€ says Calvin Mackenzie, a Colby College political scientist. Still, he adds, citing the economic team Obama announced yesterday as an example, Obama is choosing people who can work well together, which is vital, particularly in a time of crisis.

“It’s like putting a puzzle together; you want all of the pieces to fit. What we’re seeing with this economic team are people who’ve worked together before and they fit with the substance of the proposals we’re getting from the president-elect,â€ adds Mackenzie.

Obama has chosen several alums from former President Bill Clinton’s administration, which has led some to wonder, where is the change they voted for? RNC chairman Mike Duncan says that as an American he’s disappointed. “Obama campaigned on the promise of hope and change and the names we’ve seen thus far are retreads,â€ he says.

But most people familiar with the ways of Washington understand that it was inevitable that former Clintonites would play major roles in Obama’s administration. “It’s virtually impossible to go in and do a good job as president without the assistance of people who’ve been there before. If you want experience, guidance, seasoning, and judgment you have to turn to people who’ve had experience in the previous administration of your party. It’s not at all unusual and is absolutely essential,â€ says Terry Sullivan, a University of North Carolina at Chapel Hill political scientist.

This is not to say that there will be no fresh faces. “There’s no question that Obama also brings with him a vast group of people from Chicago, who are keenly associated with him, and from the Senate, and they are genuinely Obama people,â€ Sullivan 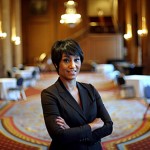 Stepping Away From the Frenzy