Obama To Include Republicans At DNC Convention 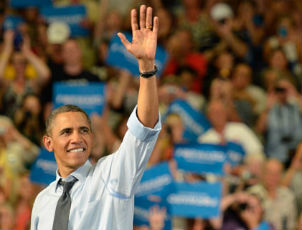 Politico is reporting that President Obama will have help from several Republicans at this year’s Democratic National Convention.

The convention, which will run for 3 days in Septemeber in Charlotee, North Carolina, will attempt to pain Romney as a “heartless aristocrat,” while trying to appeal at Independents undecided about their vote.

According to convention documents obtained by Politico, the convention will seek to”[e]xpose Mitt Romney as someone who doesn’t understand middle class challengesâ€ while also burnishing “the President’s image as someone whose life story is about fighting for middle class Americans and those working to get into the middle class.â€

The convention will also try to paint the Ivy League educated president as someone who can relate to all Americans as he’s encountered many of the same struggles they have.