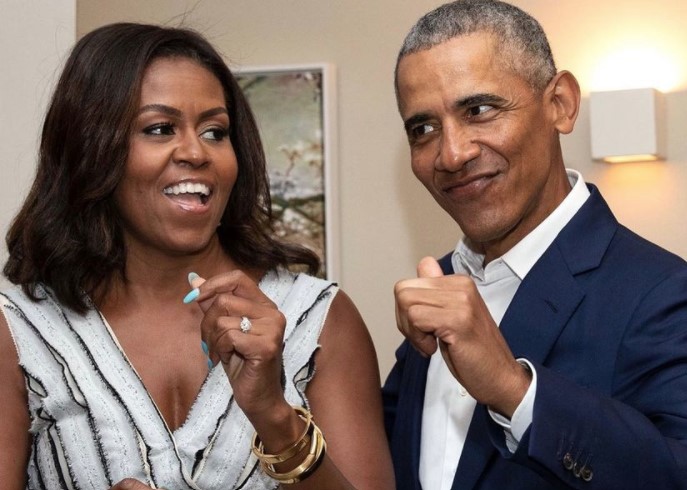 The Obamas are returning to Chicago to kick off the groundbreaking for the Obama Presidential Center.

The center, built in partnership with the University of Chicago, will be located in the Jackson Park neighborhood on the South Side of Chicago. The new landmark will house a public library, children’s center, museum, and community space.

“When it came time to plan the Obama Presidential Center, we wanted to give something back to the place that gave us so much,” Michelle Obama shared in a video. “This project has reminded us why the South Side and the people who live here are so special. It’s reaffirmed what Barack and I have always believed –that the future here is as bright as it is anywhere else.”

Barack adds, “With your help, we can make this center a catalyst for economic opportunity, a new world-class destination on the South Side, and a platform for young people to drive change.”

The virtual festivities will take place on Monday, September 27 and Tuesday, September 28, the Obama Foundation announced on Twitter. Chicago Mayor Lori Lightfoot and Illinois Gov. J.B. Pritzker will participate in the momentous occasion. The virtual event is open to the public via Obama.org.

“Upon completion, the Obama Presidential Center will serve as an economic and cultural nucleus for our city’s historic South Side,” said Mayor Lightfoot in a statement, “In addition to attracting visitors from all over our city and around the world, the OPC will also bring in new businesses and create new jobs – providing residents in the surrounding communities with the resources they need to lead happy, fulfilled and stable lives.”

After delays due to federal review, construction is underway.

Valerie President, President of the Obama Foundation and Former Senior Advisor to President Obama, looks forward to the impact that the landmark will have on Chicago’s South Side.

This project is symbolic to the Obamas for several reasons. First, it’s a way for the Obama’s to give back to the communities that groomed them. Michelle was born and raised in the South Shore community. She met Barack in Chicago and they built a family together in the Hyde Park community.

Chicago’s South Side is where Obama got a taste of community organizing in the late 1980s. He helped create an employment training and development program for residents seeking jobs. He also assisted in the creation of a tenants’ rights organization in the Altgeld Gardens housing projects. In 2008, his historic Presidential election brought residents together from all over the city to celebrate.

Now the couple is returning to their city to celebrate the future of Chicago.

“The South Side of Chicago is where I was born and raised,” Michelle Obama wrote on Twitter. “And it’s where Barack Obama and I started our family. We’re thrilled to head back home next week to celebrate the virtual groundbreaking for the Obama Presidential Center!”

The South Side of Chicago is where I was born and raised, and it’s where @BarackObama and I started our family. We’re thrilled to head back home next week to celebrate the virtual groundbreaking for the Obama Presidential Center! ❤ https://t.co/e64alXYUDr

The Obama Presidential Center has the potential to bring more than $3 billion to the city each year, the Obama Foundation estimated. The center can create up to 5,000 jobs and become a popular tourist attraction.