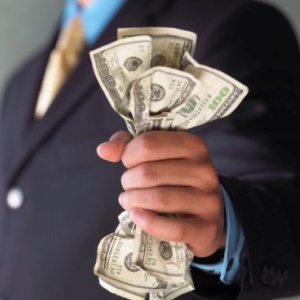 The nationwide Occupy movements have a price all their own.Â  During the first two months of protests against unequal wealth distribution, the movement has cost local taxpayers at least $13 million in police overtime and other municipal services, according to the Associated Press.

The AP gathered figures from government agencies in 18 cities with active protests from September 17 to November 15 – the day protesters were evicted from New York City’s Zuccotti Park.

Thirteen big retailers are offering huge savings to kick off the holiday season, according to the Huffington Post. Best Buy, Toys`R Us, and Wal-Mart are among the retailers with the biggest deals.

Due to the holiday shopping slump evident in recent years, retailers are going to great lengths to lure in customers, especially since holiday spending is expected to be down.

According to a recent poll, 10% more people are expected to shop on Black Friday this year.

Students at Herman Cain‘s alma mater, Morehouse College, are split in their support of the Republican presidential candidate.

In a packed political forum, a five-member student panel debated the efficacy of Cain with neither complete dismissal nor encompassing praise.Â One panelist, 20-year-old sophomore Mark Smith, argued that Cain’s small-government leanings were “actually finding the edifice of the problem” of government.

On the other hand, Byron Granberry, vice president of the campus Democratic group, received resounding applause after declaring that Morehouse should revoke Cain’s degree.