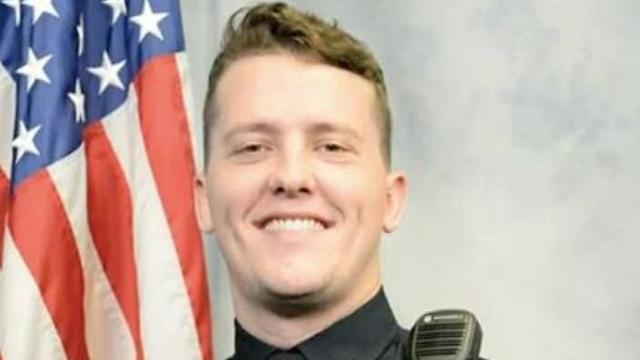 A Knoxville police officer is under investigation after he was knocked unconscious at a wedding for reportedly making racist remarks to another attendee.

On Wednesday, a spokesperson for the Knoxville Police Department announced an investigation into officer Tanner Holt’s off-duty behavior, WATE reported. It was just after 9 p.m. on June 26 when officers responded to reports of a simple assault.

Upon their arrival, they noticed Holt being treated by emergency personnel. The 22-year-old cop was reportedly knocked out after telling a Black person that he “didn’t know they let Black people in the reception hall.”

The incident report claims Holt told the Black man that he (Holt) was a member of the Black community despite being White. He also continued to make racial remarks despite the Black man telling Holt several times to stop talking about race.

The report says that “all witnesses stated that Holt was very intoxicated when this incident occurred.”

Now the Knoxville Police Department has announced a “thorough and expedient investigation,” will take place into whether or not Holt violated their policy that officers can’t behave in an “immoral, indecent, lewd, or disorderly manner” even when they’re not in uniform,” The Knoxville News Sentinel reported.

“Employees shall not conduct themselves in an immoral, indecent, lewd, or disorderly manner or in a manner that might be construed by an observer as immoral, indecent, lewd, or disorderly,” the KPD policy states. “Members shall not commit acts of misconduct, neglect of duty, or conduct unbecoming a member and a citizen, even though such conduct is not specifically set forth in this order.”

Officials said Holt has been out of work while he recovers from “serious injuries” he received during the incident, NBC12 reported.

According to the KPD, Holt has been patrolling the West District, but now, “a decision will be made regarding his assignment/status when he is cleared to return while IAU investigation is ongoing.”