Officer Involved in The Fatal Shooting of Breonna Taylor Investigated For Misconduct, Again

Newly released documents show that no officer should have fired into Breonna Taylor's home. Photo credit-Facebook

One of the police officers involved in the fatal shooting of Breonna Taylor is being investigated for throwing slushies at people while on duty.

Kelly Hanna Goodlett is the officer who took pictures of Taylor’s ex-boyfriend, Jamarcus Glover, as a member of the narcotics investigation concerning him. However, Goodlett is under a second investigation for assaulting random people with soft drinks, Insider reported.

On Wednesday, LMPD chief Erika Shields said Goodlett and another officer were reassigned upon following the incident.

“It was brought to my attention last week by the FBI,” Shields said during a Public Safety Committee hearing, according to WAVE, an NBC-affiliated television station licensed to Louisville, Ky. “I have limited information on this; they are conducting an investigation.”

Goodlett was part of the department’s 9th Mobile Unit which got disbanded due to lawsuits from residents who claimed they were being racially profiled.
In this unit, Goodlett, alongside former officer Bryan Wilson, would throw drinks on unsuspecting people from inside their police cruiser. Some of these incidents were filmed.
Wilson was arrested in 2020 for extorting women; he was accused of posting a lewd photo of a female officer in 2019.
The third officer involved is unknown.
In the March 2020 case of Taylor, officers entered the home she shared with then-boyfriend Kenneth Walker. The police had a no-knock warrant. Walker fired warning shots, believing it was a home invasion, but the officers returned fire, killing Taylor, who had just awakened.
According to Vice, five officers – Brett Hankison, Myles Cosgrove, Mike Campbell, Mike Nobles, and Joshua Jaynes – who conducted a no-knock search on Breonna Taylor’s apartment botched another search during a 2018 raid in West Louisville.

Shields is calling the second FBI investigation “another black eye to the department.” 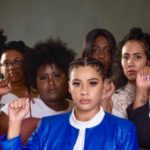 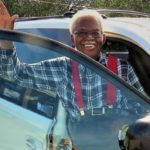