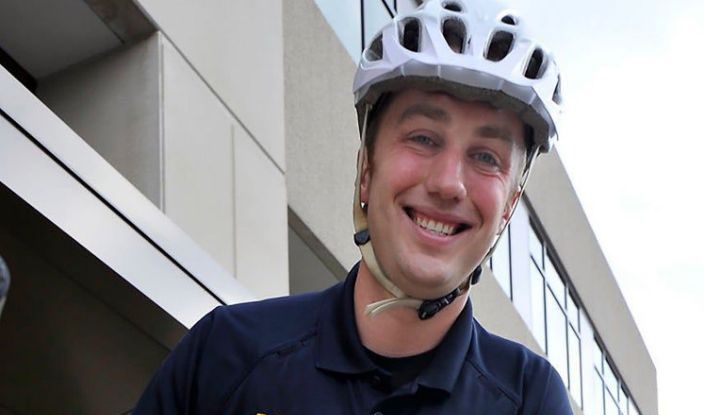 Last year, in Kenosha, Wisconsin, a Black man became paralyzed when a white police officer shot him as he entered his vehicle while his children were inside and witnessed the tragedy that took place. The police officer who fired his weapon in point-blank range at the victim has been suspended after his loaner service weapon was reportedly stolen weeks after the shooting.

According to ABC News, Kenosha Police Officer Rusten Sheskey, who shot Jacob Blake last summer, had been suspended from duty for three days earlier this year. He was using a borrowed service weapon after he repeatedly shot Blake at point-blank range.

Although police officials knew about the missing weapon, it took them seven months to investigate. The weapon still has not been found.

While #RustenSheskey was on leave during the #JacobBlake investigation, he received a loaner gun from @KenoshaPolice. Someone stole it from his GF unlocked car 3 weeks later. He was only recently suspended for 3 days for the stolen gun, which is still missing today. @WISN12News pic.twitter.com/030taEm5ux

The stolen weapon was a Glock 17 pistol that was a loaner weapon from the police department after the Wisconsin Department of Justice investigators seized the pistol used in the Blake shooting. Sheskey told the investigators that he regularly left the weapon in his girlfriend’s locked vehicle.

“Sheskey further stated that at his Kenosha residence he had secure locations for his firearms; however, once he was forced to move, he did not have an opportunity to provide a safe location inside the home in which he was now living,” Nosalik wrote. “Sheskey did say that he believed that the night the firearm was stolen, the glovebox had been locked, as this had become a common practice.”

The memo Nosalik wrote, had been dated April 7 and indicated that the internal investigation into the stolen weapon did not start until April 2, seven months after the theft.