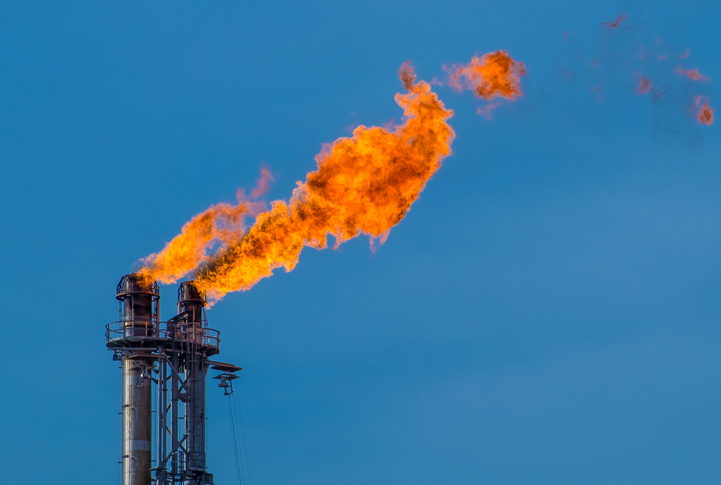 A new study found that African American communities are subjected to an elevated risk of suffering from pollution-related health problems due to the location of oil and gas refineries. However, an oil industry lobbying group dismissed the report, suggesting that that African American “genetics” are a factor for racial health disparities.

The groundbreaking study, titled Fumes Across the Fence-Line: The Health Impacts of Air Pollution from Oil and Gas Facilities on African American Communities, focuses on neighborhoods where oil and natural gas refineries are placed near the property lines or fences of African American and low-income people. Co-authored by the Clean Air Task Force and the National Association for the Advancement of Colored People (NAACP), the report quantifies the health risks that black communities are facing since “African Americans are exposed to 38 percent more polluted air than Caucasian Americans, and they are 75 percent more likely to live in fence-line communities than the average American,” it states.

According to the study, more than 1 million African Americans live within half a mile of an oil and gas operation, while over 6.7 million live in a county with a refinery. As a result, they are exposed to an increased risk of cancer and other toxic emissions, while many suffer from serious health consequences.

Other key findings from the study, as stated in a press release, include:

Kathy Egland, the NAACP’s Environmental and Climate Justice Committee Board Chair, said in a statement that “energy companies often deny responsibility for the disproportionate impact of polluting facilities on lower-income communities and communities of color.” She added, “It is claimed that in most cases the potentially toxic facilities were built first and communities knowingly developed around them. However, studies of such areas show that industrial polluting facilities and sites have frequently been built in transitional neighborhoods, where the demographics have shifted from wealthier white residents to lower-income people of color. Polluting facilities also reduce nearby property values, making them more affordable areas to live in for people who do not have the means to live elsewhere.”

Dr. Doris Browne, NMA President, said the toxic environments are making millions of African Americans sick. “The effects of oil and gas pollution are disproportionately afflicting African Americans, particularly cancer and respiratory issues, and the trend is only increasing,” he said. “Our membership is seeing far too many patients in communities of color suffering from these diseases.”

In response to the report, a scientist at the American Petroleum Institute (API), the largest U.S. trade association for the oil and natural gas industry, undermined the findings.

“I’ve read an NAACP paper released this week that accuses the natural gas and oil industry of emissions, wrote Uni Blake, a scientific adviser in regulatory and scientific affairs at API, in a blog post for Energy Tomorrow. “As a scientist, my overall observation is that the paper fails to demonstrate a causal relationship between natural gas activity and the health disparities, reported or predicted, within the African American community.”

Blake goes on to argue that the genes of black people could be one reason for the disparity. “Rather, scholarly research attributes those health disparities to other factors that have nothing to do with natural gas and oil operations—such as genetics, indoor allergens and unequal access to preventative care,” she wrote.

Robert Bullard, a professor of urban planning and environmental policy at Texas Southern University in Houston, expressed outrage at the argument, calling it “an insult to the intelligence of not just African Americans but the intelligence of the American people who know better,” reports Think Progress.

He also told Think Progress that other businesses have tried to make the same argument. “The [oil and gas] folks that responded to the study are basically using the same argument [as the tobacco industry] that it’s not the chemicals and the oil and gas, but it’s the people whose own behavior somehow drive the health disparities,” he said. “It’s pushing blame off on individuals who live near these facilities and absolving these companies from any kind of responsibility.”

Likewise,  Jacqueline Patterson, director of the NAACP’s environmental and climate justice program, pointed out that white people who live in close proximity to environmentally toxic areas are just as likely to develop ailments like asthma or cancer.

“Above and beyond other factors, the oil and gas operations in communities causes an extra level of risk,” said Patterson. “Other people who live in those communities also have those health conditions that result from those exposures. That would discount the role of ‘genetics.'”