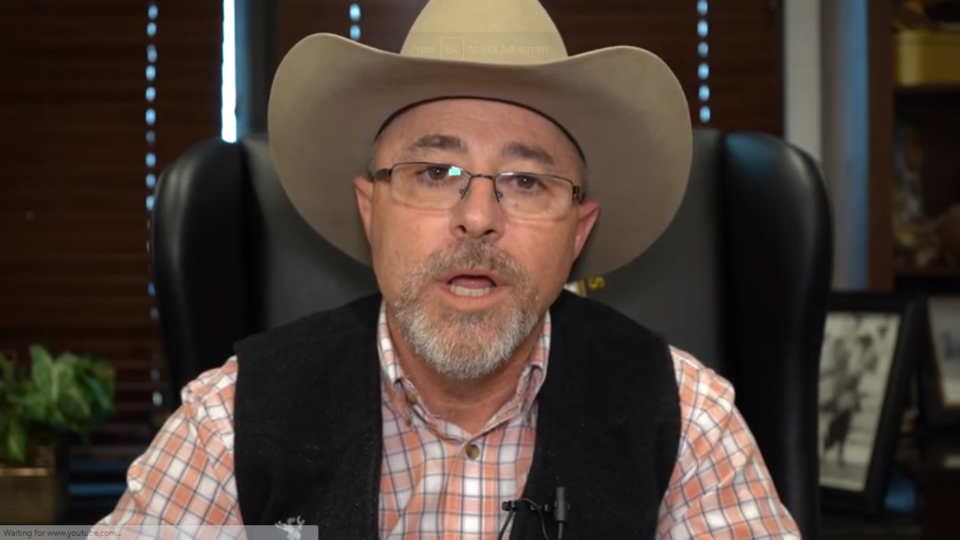 Humphrey made the comment during discussions on a state bill banning critical race theory. The bill, which was proposed in February, would prohibit state colleges and universities from requiring gender or sexual diversity training and would prohibit other topics on race and sex to be discussed.

Humphrey first described the KKK as terrible before throwing the Black Lives Matter movement into the same arena.

He then asked the bill’s co-author, GOP state Rep. Kevin West if he agrees when people burn, threaten, kill and intimidate, they’re a terrorist group and that Black Lives Matter fits that description. West quickly agreed.

This isn’t the first time Humphrey’s words landed him in hot water. Humphrey once advocated for a Bigfoot hunting season and in 2017 introduced a bill that would force women seeking an abortion to get written consent from the fetus’s father.

According to The Independent, in justifying his abortion bill, Humphrey said one of the “breakdowns in our society” is that men are “excluded” from “these types of decisions.”

The Biden administration is making an effort to teach more Black history in schools across the country, but Republican states are fighting back with their own state bills banning critical race theory and the New York Times 1619 Project at public schools and universities.

The bill passed 69-109 last week and has been moved to Gov. Kevin Stitt’s desk for approval. Stitt has not said whether he will sign the bill. FOX OKC reported the Tulsa Race Massacre Centennial Commission has requested Stitt veto the bill.

“If this bill becomes law it will have serious implications on teaching the 1921 Tulsa Race Massacre in schools, as well as much of the history of the U.S. which is rife with racism, sexism, and discomfort,” said Phil Armstrong, project director for the Commission, to KTLU.