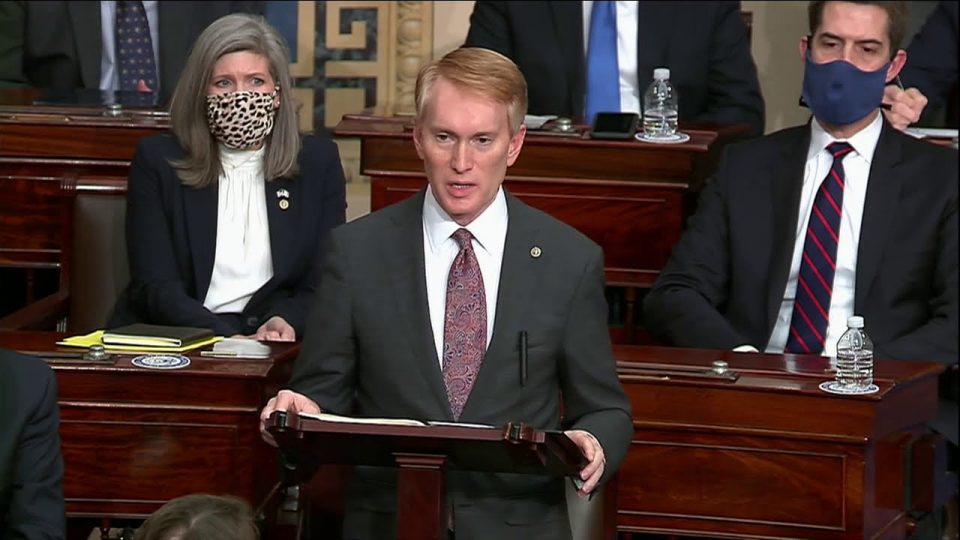 Sen. James Lankford (R-Okla.) wrote a letter on Jan. 14, apologizing to his Black constituents for opposing the electoral college results after the presidential election.

In the letter, Lankford said he didn’t realize casting doubt on the results would also cast doubt “on the validity of votes coming out of predominantly Black communities.”

“What I did not realize was of all the national conversation about states like Georgia, Pennsylvania and Michigan was seen as casting doubt on the validity of votes coming out of predominantly Black communities like Atlanta, Philadelphia and Detroit.” Lankford wrote.

“After decades of fighting for voting rights, many Black friends in Oklahoma saw this as a direct attack on their right to vote, for their vote to matter, and even a belief that their votes made an election in our country illegitimate.”

After Joe Biden was named the winner of the election, President Donald Trump and his supporters threw out dozens of debunked and false election claims, concerning swing states that Trump won in 2016 but lost this year. Those states included Wisconsin, Michigan, Pennsylvania, Arizona, and Nevada, all states Biden won. Trump also fielded more than 50 election lawsuits, the majority of which were thrown out or lost.

Last month, Lankford joined an effort led by Sen. Ted Cruz (R-Tx) to vote against the electoral college results unless a commission was formed to provide a 10-day audit of Trump’s fraudulent claims. Lankford backed away from the effort after Trump supporters stormed the Capitol on Jan 6.

In his apology, Lankford also brought up the Tulsa Race Massacre. This year will be the 100th anniversary of the infamous event and Black leaders in Tulsa and the state have called for Lankford’s resignation due to his support for the commission.

“I can assure you, my intent to give a voice to Oklahomans who had questions was never also an intent to diminish the voice of any Black American. I should have recognized how what I said and what I did could be interpreted by many of you,” he concluded. “I deeply regret my blindness to that perception, and for that I am sorry.”