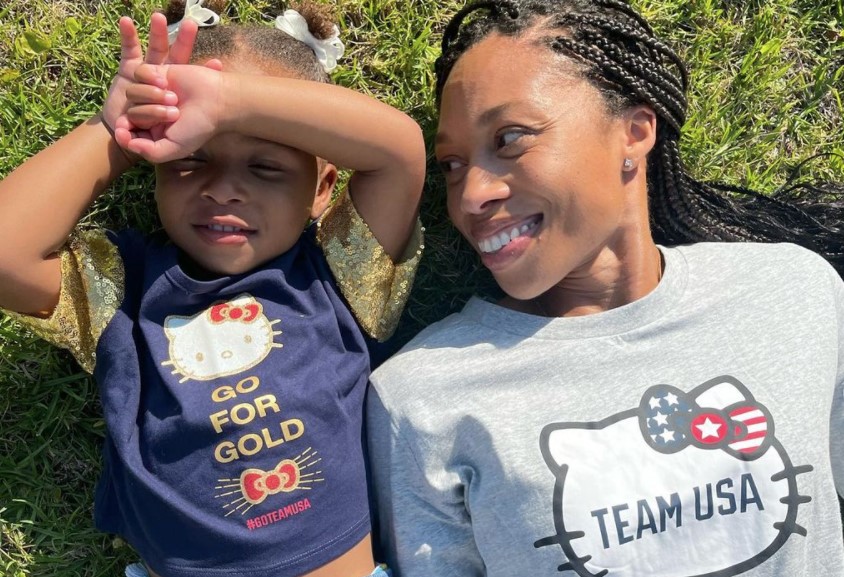 Olympic track star Allyson Felix was recently named 2021 Individual Sportswoman of the Year by the Women’s Sports Foundation. She joins the ranks of past Black women honorees, including Serena Williams (2015), Simone Biles (2014), and Gabby Douglas (2012).

The 35-year-old mom has been on the move this year, dominating the headlines on and off the court.  This summer, Felix broke records in Tokyo. She left with a bronze medal in the 400-meter race and became the most decorated track and field Olympian in history. She also helped the U.S. women’s 4×400-meter relay team capture the gold medal. Felix holds 11 Olympic medals.

“Olympic Champions,” Felix wrote on Instagram in August. “This is a special group of women who will continue to shape the world around them. This moment. These women. It’s more than what I could have dreamt of!!!

“First Gold medal in the history of @bysaysh. I don’t even have the words for how proud I am of that.”

2021 Sportswoman of the Year Award

In 2021, Allyson Felix and Jordan Larson received the highest votes. They were recognized at the Annual Salute to Women in Sports event on Wednesday, October 13. Larson has won Olympic bronze, gold, and gold medals as a professional volleyball player over the last ten years. Most recently, she helped the U.S. women’s volleyball team claim its’ first Olympic gold medal in Tokyo.

Felix has stood out this year as a change agent for mom-athletes. She’s spoken out to garner support for moms who continue to pursue their athletic career after giving birth. Her work has inspired the Power of She: Child Care Grant. This initiative was developed in partnership with the Women’s Sports Foundation and Athleta.

Felix has also made leaps in her entrepreneurial endeavors. This year, she launched Saysh, a footwear brand designed for women. When she spoke out against Nike for cutting her pay due to pregnancy, she created her own footwear brand and inspired the company to change its maternity policy.

“I never would have thought that using my voice would have led to NIKE changing their maternity policy for athletes and I definitely never would have thought it would lead to creating @bysaysh,” Felix wrote in a Facebook post on June 27.  “Keep going and keep speaking up, even if your voice shakes. Thank you, thank you, thank you for your support in my journey on the track and now with my company. The outpouring of love has been overwhelming. I’m so full of gratitude,”

She continues, “Please be clear. I used my voice and built this company for you. So that you never have to train at 4:30am while you’re 5 months pregnant to hide your pregnancy from your sponsor. So that you won’t have to fight someone so much bigger than you for a right that should be basic. I took that on for you, and I didn’t do it alone, but it was for you.”

Although Felix plans to retire before the 2024 Olympics, there is no doubt that she will continue to use her voice to positively impact mom-athletes. She’s also given women a dose of the possibilities that can happen when you dream big and fight for what’s right. Now, she has another accolade to add to her resume: 2021 Sportswoman of the Year.