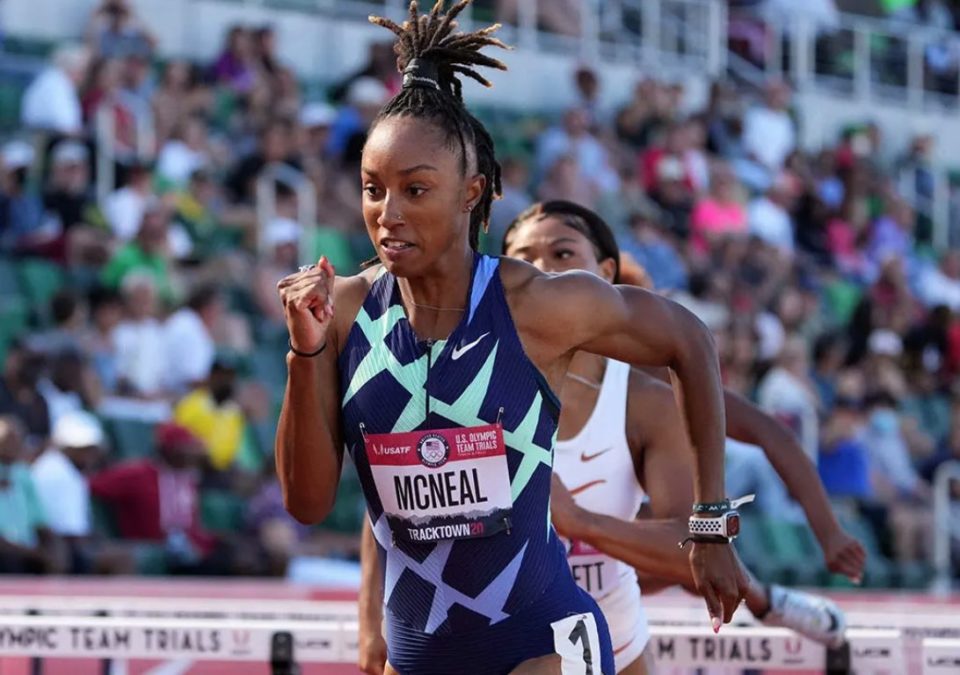 The Olympics is punishing a Black female athlete after having an abortion and missing a drug test, The New York Times reported.

In June, it was reported that Brianna McNeal was the subject of tampering with the doping process and as a result was banned for five years in the Olympics.

But now it was revealed that she got an abortion and the athlete reportedly was recovering from the treatment.

She tried to get her ban repealed but was unsuccessful.

She was provisionally suspended in January for missing out on the drug test, but she was still allowed to compete at the trials where she qualified – she finished in second place.

The 2016 Rio Olympics winner will not be defending her Olympic title and will have to miss the next two Summer Games.

Gabbi Cunningham, who finished fourth in the 100 hurdles at the U.S. trials, will replace McNeal in Tokyo games.

McNeal decided to hand over documentation about her abortion, but she changed the date of her procedure by one whole day, which led to the accusation that she was tampering.

McNeal said World Athletics criticized her reaction to having an abortion in 2020.

When McNeal said that she was so traumatized that she confused the date on the procedure, the organization pressed her on her social media posting and she competed in the following weeks afterward.

Investigators also criticized her for not seeking a psychiatrist if she was coping with depression.

“I told them, ‘Oh, really? For me, growing up in the Black community, that’s how we cope with everything — we go to church and we talk to our pastor or spiritual adviser,” she said. “I just feel like they have not been compassionate at all.”

As a Christian, McNeal said she felt guilty for having an abortion, and she was more devastated when the Olympics got suspended until 2021.

“I sat through two hearings held in April 2021 and July 2021, and listened to White European men tell me how my experience doesn’t match with their perspective,” she wrote on Instagram. “They criticized me, and overly judged my decision making, completely ignored the fact that I was under physical and mental trauma after undergoing an abortion, and that I was not in the right mental capacity when making certain decisions. They never expressed sympathy with my situation. At my second hearing they even bought in a clinical psychiatrist to undermine my mental health. I watched them try [to] discredit my doctor we used to testify about abortion stigma. I couldn’t stop thinking to myself ‘how could these men tell me what type of experience I should have had; how can these men who would never in a million years be in my shoes tell me anything  I should be going through?’ So instead of being met with some sort of compassion and understanding, I was being interrogated and stigmatized.”

Sha’Carri Richardson is another widely discussed Olympian who will not be joining the U.S. Track and Field team in the upcoming Tokyo Olympic Games because she tested positive for marijuana.

Once qualified to compete in the Olympic for the 100m hurdles last month after her win at the Olympic trials in Eugene, Ore., now it has been nullified.