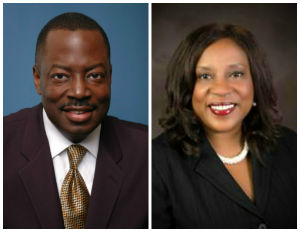 With a 25-year career at General Electric (GE), Mitchell has experience in creating long-term asset value for the company’s investment management business and at GE Capital. In his new role at Rock Creek, he will assist with expanding the firm’s emerging manager investment program, and also lead business development initiatives to enhance the firm’s relationships within the alternative investment industry.

“James has earned an outstanding reputation in financial services, with expertise spanning capital markets, portfolio management, business development and government affairs and policy,” said Rock Creek President and CEO Afsaneh Beschloss in a news release. “He has insightful knowledge of alternative investments and a long track record as a global thought leader in the industry. We are thrilled to have James join the firm in this role.”

Aside from new names added to the leadership roster at Rock Creek, Michelle Lee has been named the new head of East Coast Community Banking for Wells Fargo.

In her new executive role, Lee will oversee 32,000 employees in 2,700 retail banking locations covering 14 states. She is one of only two women region presidents and the highest ranking African American community banking executive at Wells Fargo.

“Michelle is a dynamic and strong leader who cares about her team and the communities we serve, has a passion for our vision, and has dedicated her career to serving Wells Fargo’s markets in the east region for over 30 years, beginning as a teller in 1984,” said Senior EVP Carrie Toldstedt in a news release.

Both Mitchell and Lee have already made the transition into their new executive roles.