I'm Outraged By The Elizabeth Warren DNA Debacle, But Mostly I'm Tired of Being Outraged 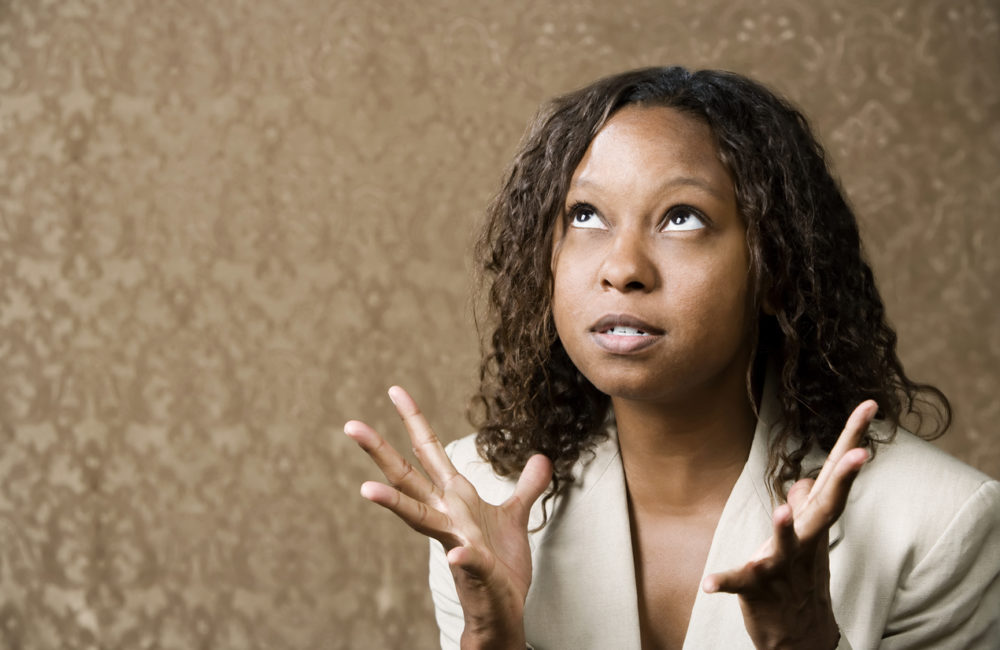 So, last Monday we had to wake up to the “official” Brett Kavanaugh confirmation, designed to rub in his opponents’ faces the miserably irrefutable evidence that our government’s so-called leaders heard and possibly even believed the gripping testimony of Dr. Christine Blasey Ford, they just didn’t care.

This Monday, we awakened to the fallout from U.S. Sen. Elizabeth Warren’s release of a genetic test that supports her longstanding claims to some Native American ancestry. Although its conclusiveness is still being debated by DNA experts who say there is no way to irrefutably determine Native American roots through genetics alone, an analysis by Carlos Bustamante, a genetics professor at Stanford, places Warren’s Native American link between six and 10 generations back.

Warren underwent all of this at least in part to slap back at Donald Trump and other politically motivated detractors who first raised questions about her ancestral claims in 2012. Sensing a potentially well-equipped rival for the 2020 campaign, Trump has continually derided Warren with his usual, menacing glee. He mocked her at a rally last July 5th, promising to donate $1 million to her favorite charity if she took “a test and it shows you’re an Indian.”

Whether you’ve followed the story or not, you surely know what happened next: A heartbeat after she went public with her DNA results, in a direct tweet to America’s Tweeter-in-Chief, Warren said, “Please send the check to the National Indigenous Women’s Resource Center.” She attached links to the organization and a Boston Globe cover story validating her heritage.

After denying he’d ever made the pledge and dismissing Warren’s genetic data analysis with a “who cares,” Trump doubled down on his usual name-calling (still with the “Pocahantas?” Really?) and chest-thumping that had both social and mainstream media in a tizzy and mostly left me wondering whatever happened to the idea of a restful weekend? After all, this all transpired before I was even finished downing my Monday morning coffee.

Perhaps because I hadn’t yet fully processed no less recovered from the Kavanaugh debacle, the Warren DNA release and ensuing stream of presidential ridicule barely registered at first.

But then, I received an urgent email from a dear friend asking if I was as outraged as she was about:

Needless to say, I dove into my phone, gobbling all the Warren DNA coverage I could until I couldn’t stand anymore. (Incidentally, the “employer” referenced above was Harvard Law School, which, according to an April 2012 Boston Globe article, had identified Warren as a “woman of color” in response to inquiries about its lack of faculty diversity. Where did Harvard get that idea? The same 2012 Globe article reported that from 1986 to 1995 Warren had listed herself as a racial minority in the Association of American Law Schools Directory of Law Teachers. SHAME all around!)

This is the question that most of us butt up against, daily. Minute-to-minute, we are confronted with so much information to process, not to mention the range of reactions this constant onslaught invokes, but then what? Rant, write, march, cry, cheer, jeer, pray? All of the above? OK, but how do we actually affect positive change? How do we break through the boomerang filter of outrage and despair and actually make a meaningful impact? And, as we go about trying, how do we keep from losing our minds, our jobs, and all hope for a brighter tomorrow?

I agree with every point of view my friend shares in her email. I’ve voted, marched, spoken truth to power, written, tweeted, prayed, and donated money and time to causes and candidates I believe in, but it never feels like enough. And the crappy news keeps coming.

When all feels especially lost, I seek solace in my late mother’s optimism and try to channel Michelle Obama’s “when they go low, we go high” approach. After former Attorney General Eric Holder, Maxine Waters, Hillary Clinton, and several other prominent Democrats began advocating for a more combative approach, the former FLOTUS seized a moment on the Day of the Girl to defend her hopeful high-minded stance. But I’m seriously starting to question its wisdom. After all, it was a great speech but it yielded no great outcomes in the White House.

Anita Hill went high; what did it get her? Blasey Ford went high; where is she now? Without resorting to one dear, cynical friend’s answer (“When they go low, I get high,” she said, lighting up her medically prescribed spliff in the midst of an especially disruptive news cycle), I believe there has to be something between the two extremes—some middle ground where you don’t allow others to constantly leave scorched earth in their wake without consequence. There has to be a strategy that allows you to effectively overcome those attacking you without becoming like them—especially when they display nary a quality that you revere.

This middle place is where we need to gather—those of us with a broad diversity of backgrounds, values, lifestyles, personalities, allegiances, and opinions but who share a common purpose in service to a passion for justice, integrity, and mutual respect. Who’s down to get to the middle, together, so we can fight for true equality, tolerance, and civility? Who’s up for a cohesive strategy to beat back the bigots and the liars, the trolls and cheats? And once we’ve won—we must win—who’s in for a restful weekend, and a Monday that doesn’t make you feel as if it’s game over before the new day and week has even begun?

Election Day is in less than three weeks. VOTE! Make sure everyone you know votes. Help people with challenges get to the polls to vote. The midterms are our middle, for now.

— Disclaimer: The opinions expressed in this article are solely those of the contributor’s and not Black Enterprise’s.