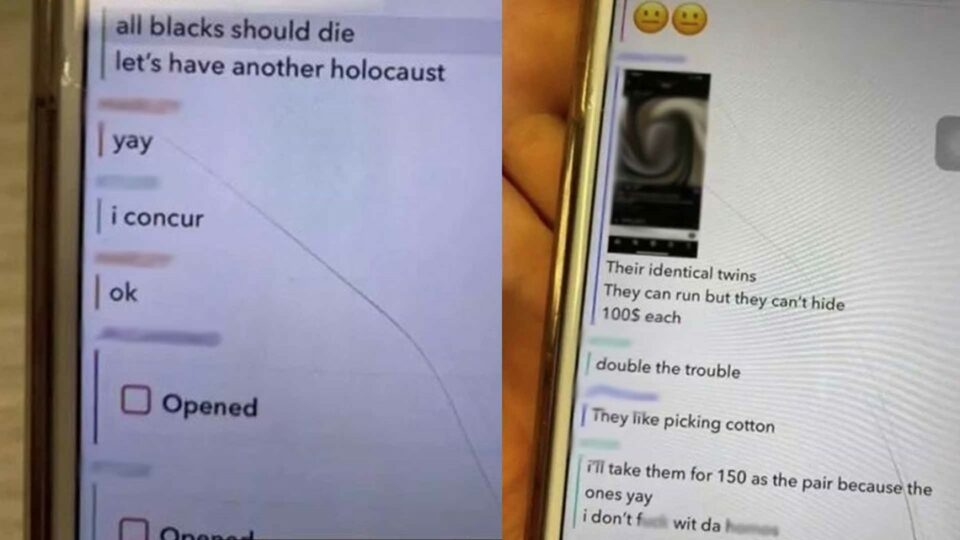 An Oregon school district is condemning the actions of students who organized an online virtual slave auction that occurred as the district was to discuss its ban of Black Lives Matter and Pride flags.

The Newberg School District discovered that some students were participating in the virtual “slave trade” and sent a letter to parents on Tuesday, Sept. 14, stating, “We are deeply dismayed that this behavior and activity was exhibited by someone from our community. We condemn actions such as these which represent the antithesis of what we believe and where we stand as a Newberg Nation family.”

The students used a Snapchat group to carry out the slave auction. They used photos of students, racial slurs, and joked about how much they’d pay for their Black classmates.

“Newberg High School became aware of a very serious and inappropriate incident on social media in which one of our students took part in a snapchat group termed “slave trade” and used photos of other Newberg High School students in the group,” the district’s statement said.

“My heart is so broken for these kids who have gotten the message that they are not even seen as human by some of their fellow students,” Heidi Pender, the mother of a Black student at the school, told KGW news. “To imagine your own child being talked about as if they were subhuman slaves to be sold by other students, it made me feel like I was going to throw up.”

Screenshots posted on Instagram by a user named @royceduey show a discussion of students’ private lives and the prices other students would pay for them. Screenshots show student comments such as “All Blacks should die” and “Let’s have another Holocaust.”

The same school district recently faced backlash for banning what they deemed to be political symbols. The ban prevents Black Lives Matter signs, flags, and articles of clothing from their campuses as well as Pride flags.

“As a school board, it’s our job to make decisions that are going to be there for every single kid at Newberg High School, not just the kids that are represented in just one group—it has to be all kids,” board chair Dave Brown said at the time.

However, students, parents, local officials and the ACLU have criticized the movie and promised to take the district to court.

There was no word on whether disciplinary action was taken against the students involved.