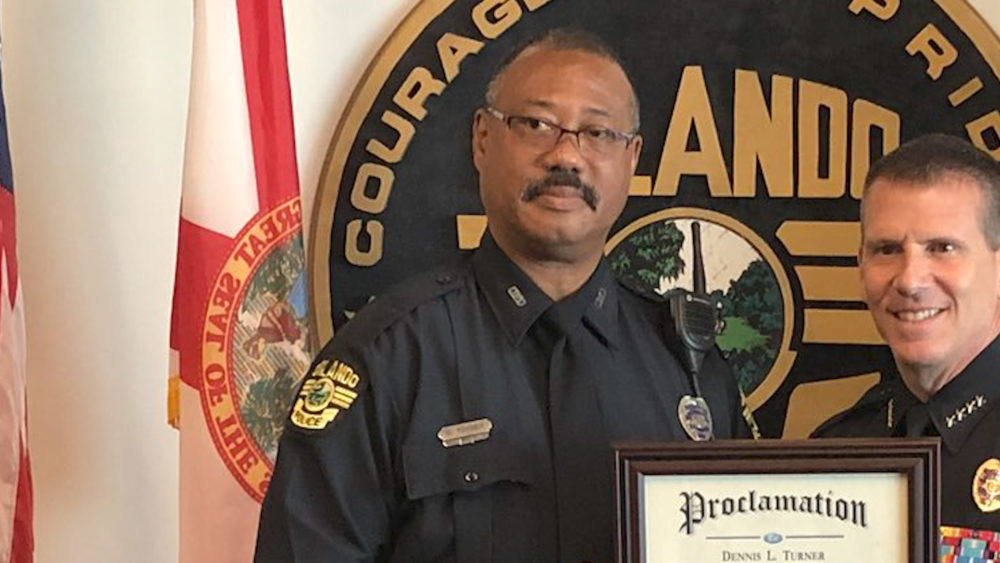 The list of ordinary things black people can’t do in public without someone getting the police involved has just gotten longer. Apparently even a temper tantrum from a 6-year-old can be seen as cause for an arrest by an Orlando police officer.

According to BET News, Dennis Turner, a school resource officer, arrested two small children at a charter school in Orlando, Florida, on two separate occasions. During the arrest, he charged one of the children with misdemeanor battery.

Turner was in violation of the department’s policy, which requires an officer to receive approval from the watch commander before arresting anyone under the age of 12. He has since been arrested and according to the Orlando Police department, Turner has now been fired.

One of the children, Kaia Rolle, is a first-grader at Lucious and Emma Nixon Elementary Charter School. The other child is a 6-year-old boy whose name has not been released, at the same school.

According to NBC News, a staff member at the school attempted to grab Rolle’s wrists to calm her down when she began kicking someone. She was then handcuffed and charged with battery.

Rolle’s grandmother, Meralyn Kirkland, recalls that day when she received a call from the school that Kaia was arrested and taken to the juvenile detention center. “I said, ‘What do you mean, she was arrested?’ she said. “They said there was an incident and she kicked somebody and she’s being charged and she’s on her way.”

Rolle, whose grandmother attributes her behavioral issues to sleep apnea, was almost processed at the detention center before a supervisor heard of her arrest and allowed her to return to school.

In a statement on Twitter, Orlando Police Chief Orlando Rolón announced that there was no choice but for him to fire Turner. He also apologized to the families and noted the steps he’s taking to ensure there isn’t another incident like this. According to State Attorney Aramis Ayala, her office will not pursue charges against the children and their records will be wiped clean.