OutKast's Big Boi Invites Fans to Stay at 'The Dungeon' 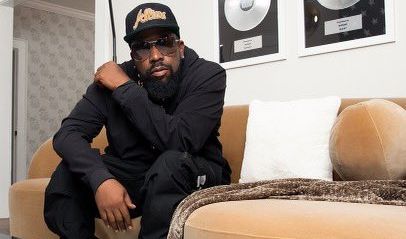 There’s a dungeon that is located in Atlanta, Georgia and you won’t be considered an outcast for wanting to visit.

In fact, Antwan André Patton, better known as OutKast’s Big Boi, has announced that he is the owner of The Dungeon and it has recently been placed as a listing on Airbnb.

To celebrate Black Music Month and highlight the distinct impact of Atlanta’s music scene, the six-time Grammy winner is has become a host on Airbnb for the first time. Next week, Big Boi will be hosting three overnight stays at “The Dungeon” starting on June 29, July 1, and July 3, and the overnight stay will only cost $25 a night. This will coincide with the 25th anniversary of Outkast’s release of “ATLiens.”

I’M AN AIRBNB HOST! The Dungeon is now on @Airbnb and ready for guests. Who’s comin???@airbnb pic.twitter.com/cwmYbvFPPC

“Atlanta is my home, and I grew up with The Dungeon Family in this house,” says Big Boi in a written statement. “We would spend hours hanging out in the basement, writing rhymes and putting together beats at all hours of the night. Since purchasing the home, I’ve been excited to open its doors and welcome the next generation of artists to the space that inspired countless songs.”

Fans will be able to live similar to how The Dungeon Family once did and will even get the chance to record their own sounds at the home where southern classics like “Southernplayalisticadillacmuzik,” “Spottieottiedopaliscious” and “Elevators” were recorded.

OutKast is part of a collective named The Dungeon Family. Amongst some of the people involved were OutKast, Goodie Mob, Sleepy Brown, Killer Mile, Cool Breeze, Slim Calhoun, and the production team of Organized Noise. The studio they recorded out of was aptly named “The Dungeon.”

For those who would like to book a stay at The Dungeon, it can be done starting Friday, June 25 at 1 p.m. EDT. To book this overnight and explore more stays and Experiences inspired by Black Music Month, visit airbnb.com/blackmusicmonth.***