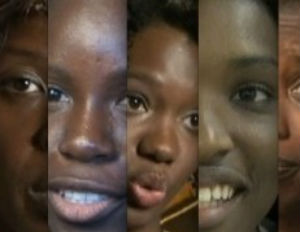 I absolutely HATE having conversations about colorism and dating because too many people are too stupid to realize that there’s no such thing as a “rightâ€ preference.

Last night, many of us tuned in to OWN to watchÂ Bill Duke‘sÂ Dark Girls documentary, which examined colorism and the many ways it affects the lives of darker skinned black folks in the diaspora, especially women. I found the film to be riveting, especially during the parts in which young girls discussed how they identified with their skin color. In one heartbreaking scene, a young girl stated that white equals smart, and dark black skin equals dumb. As excellently written asÂ Dark Girls was, there was ONE troubling segment that really pissed me off.

In this segment, young men were presented aÂ choice on what type of women they would rather dateÂ  – light skin or dark skin – and their answers, were in conjunction with the women’s tales. Some dudes said they thought light skin women were “better,â€ dark girls didn’t look clean, and other infuriating bullshit. And midway into watching these fools embarrassing themselves in front of the camera, I realized why I hated this particular segment so much:Â Those men were not only being used as wholesale representatives of the black male ideology on dark skin women, but because they were also being used to blur the lines between PREJUDICE and PREFERENCE.