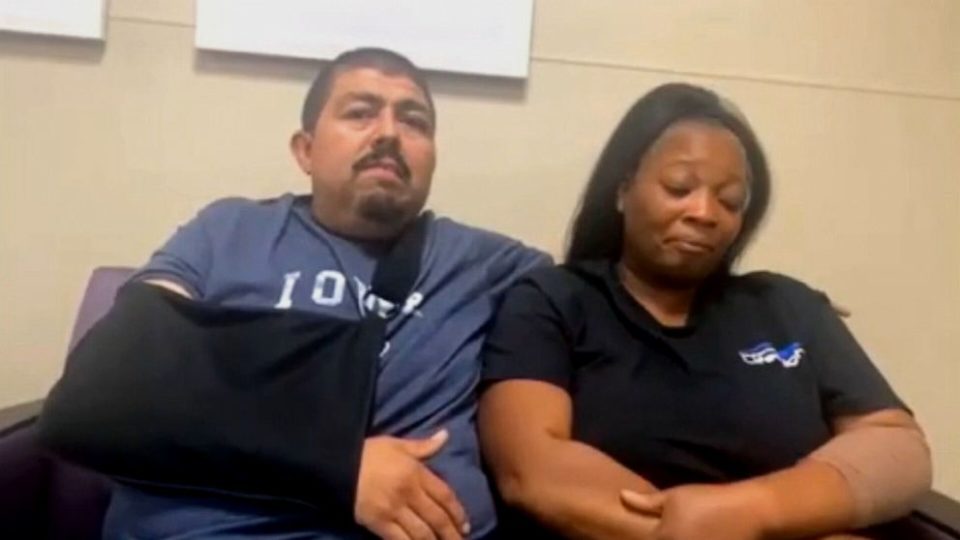 Two parents had their world shattered after losing their youngest son in an amusement park accident that also left their eldest son in a medically induced coma.

David and Sabrina Jaramillo’s 11-year-old son died in a water raft ride, ABC News reported. The family was enjoying a day at the family-owned amusement park Adventureland Park in Altoona, Iowa in celebration of their eldest son’s 16th birthday. The family was hoping to “have a good time”–then they went on the Raging River ride.

The parents entered the raft with their 15-year-old son, David; their 14-year-old son, Gus; their 11-year-old son, Michael; and their niece, Nyla. After buckling their seatbelts and going out into the river rapids ride, their tube somehow flipped over, leaving them all trapped underwater.

Both parents, one of their sons, and their niece broke free and swam to the surface. However, David and Michael were stuck underwater and no one could reach them, People reported.

“I’m drowning. The river was so intense, it was like a suction,” the father said. “I see the silhouettes of my sons trying to grab each other, grab us. They want us to help them. We couldn’t do it.”

The family cried out for help as witnesses jumped into the water to help get the other kids out of the tube. David Jr. and Michael were both transported to a local hospital in critical condition. Michael died from his injuries on Sunday, while David remains hospitalized in critical condition, the Altoona Police Department said.

“He was a baby, and I feel like Adventureland robbed me of my baby,” Sabrina said.

“He was just taken from us. Love your kids,” the father added. “You just don’t know when they’ll be taken.”

Adventureland has launched an investigation into the accident and the ride remains closed amid a “thorough inspection” into what went wrong.