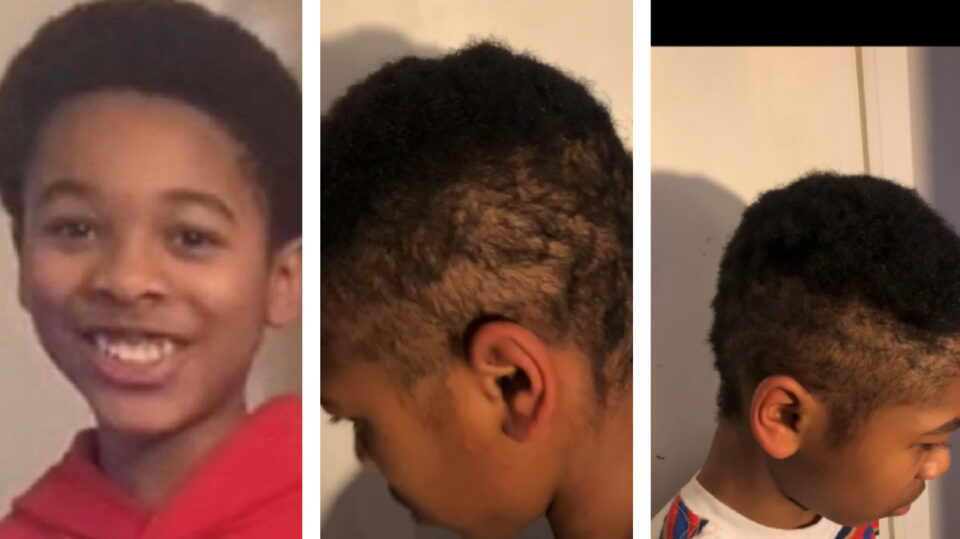 A teacher cut a 12-year-old boy’s hair at school without his parents’ permission, and now they are demanding answers.

According to CBS Minnesota, the boy’s parents, Daetney and Tadow McReynolds of Minnesota, are angry, and with good reason, about their son’s impromptu haircut by their son’s teacher. And to add insult to injury, they claim the school failed to notify them after the incident.

The boy’s parents say they were in complete shock when he came home from school and saw what had been done. Their 12-year-old son explained that his teacher cut his hair during school hours. The boy, who had an afro that he was proudly growing, reportedly did not ask for the haircut as he was still trying to decide what style he wanted.

“It was actually growing pretty well, actually he was thinking about all kind of styles he wanted to do with it,” said the 12-year-old’s mother, Daetney.

Tadow McReynolds said that when their son came home from school, he asked them if they would be mad at him before he pulled off his hat and revealed his teacher’s unpermitted haircut.

This is how a 12-year-old boy came home from school last Monday after his parents say a teacher cut his hair without their consent. (1/4) pic.twitter.com/1L0CbfKMJW

Daetney asked her son why his hair was cut, and he responded, “’ I was just really angry … I was just mad, and then my head was down, and the teacher come over and said, ‘Let me fix it for you,’” she said. “What made her think that this is OK? If you were going to help my child, why wouldn’t you do it the proper way, common sense way, the helpful way? By getting him some real help?”

After taking her story to social media, KMOJ Radio’s William Baker came in to help.

Baker called his mobile barber, Barber Big Lew, who took care of it by giving him a fresh, professional cut.

The McReynolds have not gotten a response from the school, and they removed their son and placed him in another school, according to Georgia Fort, who took to Twitter and is trying to get answers as well.

According to the student’s mother, Tadow McReynolds, the police were called but the responding officer defended the teacher’s actions and refused to issue a police report. (2/4)

Since then, the 12-year-old boy’s parents removed him from the Minnesota school. His parents were upset and disappointed that neither the principal or teacher offered their family an apology. (3/4)

I have called and emailed the school and principal for comment but they have yet to respond. (4/4)