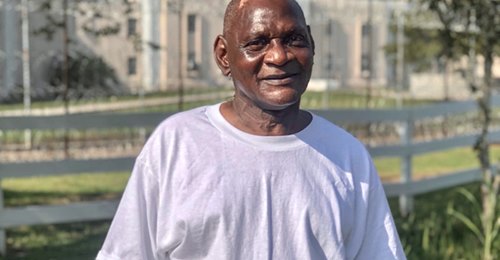 A Louisiana Black man who was serving a life sentence for stealing a pair of hedge clippers back in 1997, was given parole last Thursday after being in prison for more than two decades, according to NBC News.

This decision was made after the Louisiana State Supreme Court decided that it wouldn’t review his case back in August.

Fair Wayne Bryant, 63, was sentenced to life in prison for stealing hedge clippers, according to court records. He was convicted of one count of attempted simple burglary. In August, five of the six state Supreme Court justices had upheld Bryant’s life sentence and denied the appeal he had filed.

After the Board of Pardons and Committee on Parole voted on Thursday to release Bryant, he was allowed to walk out of prison later that day after serving more than 20 years at the state penitentiary in Angola, his attorney said.

Based on the conditions of his parole, Bryant will have to abide by a curfew, attend Alcoholics Anonymous meetings, and complete community service. He will also be entered into a program in Baton Rouge that helps prisoners adjust to life after they are released. Eventually, he will be allowed to live with his brother in Shreveport.

“Because of his prior history of petty crimes to fuel a drug addiction, Mr. Bryant was sentenced to a life in prison rather than given the help he needed to recover from his drug addiction,” Bryant’s attorney, Robert Lancaster, said in a written statement. “Finally, after 24 years in prison, he has been given a second chance.”

The American Civil Liberties Union of Louisiana released a statement.

“While nothing can make up for the years Mr. Bryant lost to this extreme and unjust sentence, today’s decision by the parole board is a long-overdue victory for Mr. Bryant, his family, and the cause of equal justice for all,” said Alanah Odoms, ACLU of Louisiana executive director. “Now it is imperative that the Legislature repeal the habitual offender law that allows for these unfair sentences, and for district attorneys across the state to immediately stop seeking extreme penalties for minor offenses.”