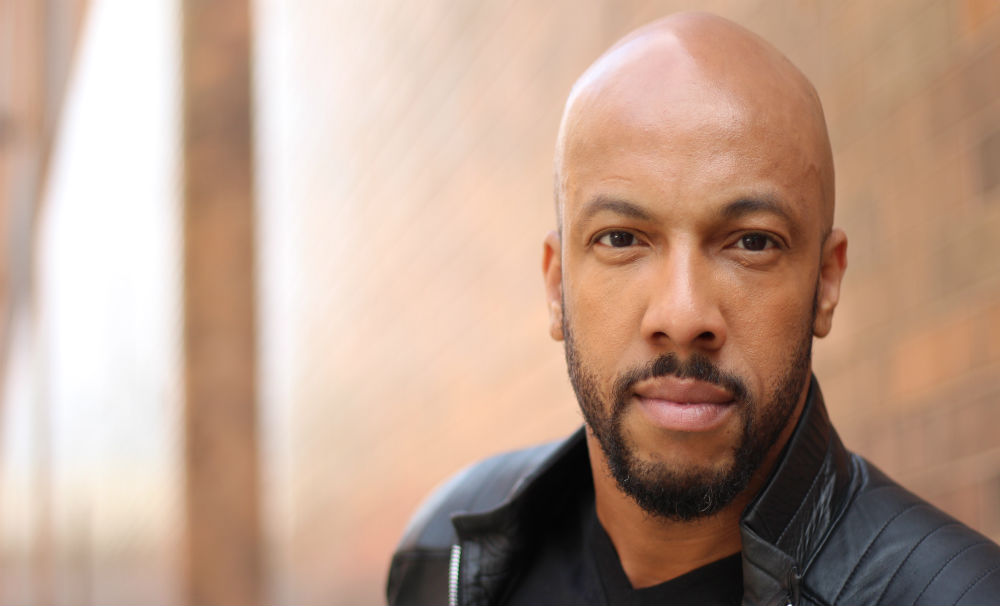 I have put my passion to purpose by: doing amazingly creative works involving acting and producing.

Christian Frazier is a triple threat! The actor-producer-director is one of the most sought after character talents in the industry having appeared in television and film projects including Perps, Cops, Attorneys, Comic Relief, Doctors, Bodyguards, SWAT and has plans to take over Hollywood one role at a time. Considered the doppelganger for actor-rapper Common, the New Jersey native is ever evolving in his craft and is utilizing social media along the way.

Having studied acting at The Stella Adler School of Acting in New York City, the real estate and military veteran knows what it is like to deal with extreme pressure as well as revel in tremendous success. “During my real estate days, I had a successful year in 2008 with $68 million sales as VP of Commercial Real Estate (Century 21) in Orlando, Florida, and was named “Top 40 Under 40 for the Orlando Business Journal.” And this success “evolved from a place of competitiveness. I always strive to be the best or at least No. 1; it drives and motivates me more than money,” he tells BE Modern Man. This type of positive thinking has resulted in top-notch jobs at Law & Order and recently on Gotham portraying bad guy Henry Weaver. “Landing Gotham was a tremendous achievement and by far my favorite acting role.”

But one has to do more than just act these days and Frazier knows that staying busy and creating other avenues of income is crucial for survival. “A lot of my fellow actors don’t understand the business and because of my strong business background, thanks to stints at GE, AT&T, Jack Welch and during Operation Desert Storm/Desert Shield, I am well-prepared to weather those slow periods. Most acting schools focus only on teaching, but my manager does not accept clients that are not only able to act, but to market themselves. I teach social media on the side to aid my colleagues in gaining more exposure which equates to more work,” Frazier says.

Staying above the fray means staying atop of every aspect of your being. There is no room for error or complacency. “Study the business, study the craft, and start writing and producing your own projects. Before, we did not have access to the proper equipment and now there is no excuse not to create your own works. Also, it is good to have something outside of the industry because you’re not going to be working full time and there needs to be a balance or you will burn out. If you’re only in the business and it’s your only source of income, they have you by the hairs and can sense your desperation; you must possess a certain level of confidence and 90% of acting is confidence, “he tells BE Modern Man. “What makes you rise above is your brand! Something I read and I have made my mantra for this year: “rise above the noise.” Also, it’s great to ask for what you want. I asked to be on Law & Order and as a result ended up doing a two-year recurring stint.”

And the key to longevity and living in your true narrative? “It’s about having integrity, being a man of your word, showing respect, and sharing your gift of inspiration; it’s risky to pursue your dreams but, when fulfilled, it makes a noticeable impact within our community as a whole.”

With a tremendous drive and mission to create content ‘for us, by us’ Frazier is looking forward to filling the gap so that the next generation of creative hopefuls are inspired by his legacy. “A BE Modern Man, especially in today’s climate, means you have to hustle hard, stay focused, and seize the moment. The one person I look up to in this Hollywood game is Kevin Hart and his ability to maneuver between acting, being a comedian, and maintaining a successful film-stand up-family balance.”

The BlackEnterprise.com team congratulates Christian Frazier on his ambition and drive to shatter the glass ceiling for actors of color. We look forward to watching him on the small screen, behind the camera, and hopefully in a theater near you. Follow his journey at www.christianfrazier.com.