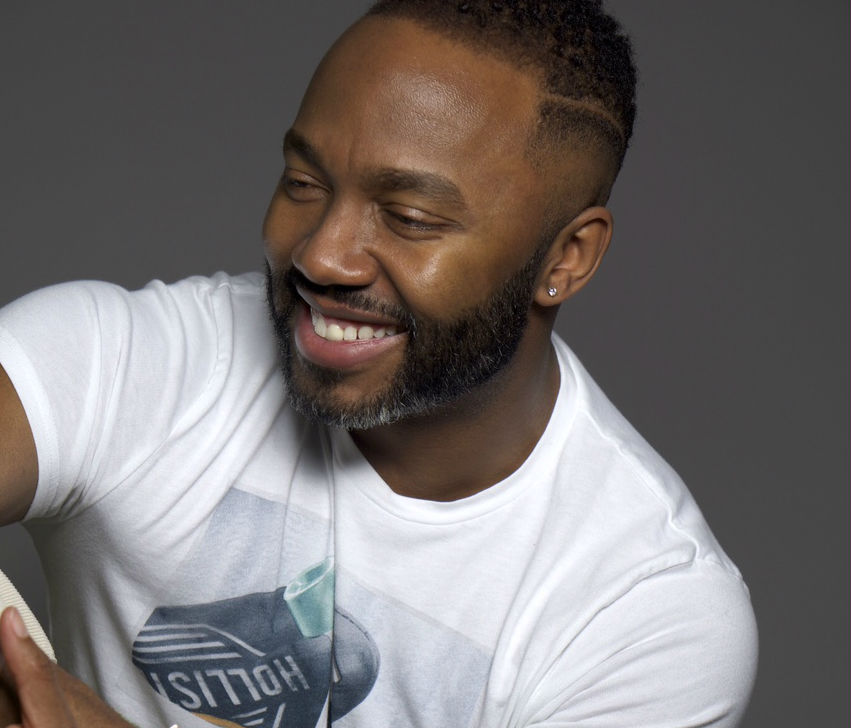 I put my passion to purpose: By writing, creating and producing.

A lover of prose, Craig Stewart is brilliantly filling in the gap left by literary greats Richard Bruce Nugent, James Baldwin and E. Lynn Harris, and is ensuring that the lives and times of black men, especially gay men, are highlighted, discussed and celebrated along with our heterosexual brethren. The multi-talented creative works includes a highly successful stage play (A Day in the Life), a greeting card company (Say It In A Card), partnering with Kenny Leon Productions on a number of reality television projects, and authoring two critically-acclaimed publications: Words Never Spoken and One Thing for Certain, Two Things for Sure: A Memoir Continued. And did I mention he is currently working with the legendary Motown executive and television producer Suzanne de Passe on a top secret project?

It was never a doubt that Craig would land himself in a position of greatness, but the Hampton University graduate had no idea writing a memoir was ever in his future.

“I never set out to write one book let alone two. I had lived in Atlanta, Georgia, for 13 years before the first book was released. I had just dissolved a relationship and was financially, professionally and spiritually broken; my car had been repossessed and I was working at a family-owned restaurant. I moved in with a friend who said, ‘catch your breath…stay a little while.'”

It was during that time that Stewart began to hear the sound that would ignite his literary journey. “It really was a whisper, an instinct. The voice of God told me that I needed to move to L.A. and, because I was having such a hard time in Atlanta, did not think it made sense to move elsewhere and struggle. 2-3 months passed and again I heard the exact same words and decided it was time to make the move,” he tells BE Modern Man.

“Once settled, I began writing the prologue for Words Never Spoken and I realized the reason for my existence and move to L.A. God was making things uncomfortable and it became an introspective period in my life. I was able to sit back and be honest around my situation.”

Transparent and uninhibited, Stewart’s freshman effort openly addressed his journey of being black, male and gifted in Atlanta, love lost, personal battle with depression and private conversations with media mogul Tyler Perry, who praised his stage play but refused to assist in furthering Stewart’s theater career. Next came the comparisons to the late E. Lynn Harris and soon the author found himself in a very unique position. Though Stewart understood the likeness, he had a different point of view.

“What makes me different is that I write about smart, socially relevant and personal experiences and put all my stuff out there. I write in first person. I live in my truth and recognize and grow from the lessons learned,” he tells BE Modern Man.

Connecting with the community, which has provided the most support and background for Stewart’s works, is one of the most important elements to his success. In the newly released One Thing for Certain, Two Things for Sure: A Memoir Continued, the admission of an affair with a married man, broken friendships and personal challenges confirm that we don’t have to go through these situations alone.

“Interesting is that I believe my work has an enormous presence within the black gay community and I am still working to penetrate, for lack of a better word, the white and Latino communities as well. Oftentimes we say there is no support, but I have never had that problem. If anything I would love to shout from the mountaintops how grateful I am. My intentions are to affect black men. I want to be the voice; not ‘a voice.’ We have allowed ourselves to be muzzled for too long and I just want to reach them in the best possible way.”

Our collective voices make tremendous impacts amongt our peers and our ability, at times, to be transparent tends to send out mixed messages that are lost in transition to someone living outside the box. In general, black men are not always portrayed in the most positive of light, especially in the media and Craig assures these images sometimes spill over into our personal lives. “Men of color are not championed enough in the mainstream. When we look at television shows we don’t see black gay men in relationships and that translates to real life,” Stewart tells BE Modern Man.

“Black men like me are needed to give a voice to our community and address the issues that are essential to our existence. No [one] can tell our stories, based on experience, like we can and do it well. If I can tell that little boy in a small Southern town, or even my younger self, it would be [to] slow down, take your time; trust your instincts and always love yourself!”

But the tenacity and willpower to bounce back is real, and Stewart knows firsthand how one’s purpose and passion are one in the same. “I know it sounds cliche but you must be passionate about whatever you do, even if you are never acknowledged for it! There were many setbacks because life happens while you’re chasing those dreams. But those setbacks are present and designed to see how bad you want it,” Stewart tells BE Modern Man. “Staying on course, over the years, I have seen friends and family members doubt my purpose; even one of my mother’s close friends questioned her about wasting money sending me to college and now she’s one of my biggest supporters. Most of the time entrepreneurs do not receive support because not everyone sees your vision. I think about the songs we will never hear, the books we will never read and the television programs we will never see. I would never be the type of writer to produce something just because people needed something.”

BE Modern Man stories are why diversity in different sectors are needed to produce and promote well-rounded narratives surrounding black mens’ needs and desires.

“A BE Modern Man means a celebration of black men. It really shines a light in the black man community,” says Stewart. “A BE Modern Man is a symbol and reminder that greatness still lies within our community.”

The BlackEnterprise.com team salutes Craig Stewart for continuing the narrative that all #BlackMenLivesMatter, including those of our gay, bisexual and trans brothers. His contributions and leadership of leading the new generation of creatives is crucial to our development and nurturing of underserved populations, and that is why he is a BE Modern Man. Follow him on Facebook, Twitter, Instagram and visit his site to purchase works today! 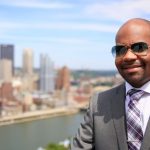