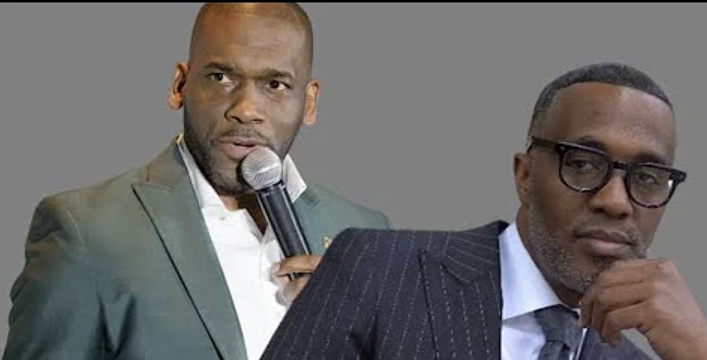 On Monday, the New Birth Missionary Baptist Church pastor took to Instagram to send his “deepest condolences and apologies” to Samuels’ loved ones after he referenced a GoFundMe campaign launched in response to the YouTube personality’s sudden death on May 5.

“Thank you to all who purposed to keep me accountable,” Bryant captioned the post. “We grow from mistakes and birth maturity. Humility will always defeat arrogance. We grow as we go!”

“The sound of your offense should be at the same volume as your apology,” Bryant said in his Sunday sermon.

“How can a man say you are of low value after 35?” Bryant asked his congregation before claiming, “that man has to get a GoFundMe for his funeral.”

Bryant was referencing one of Samuels’ last videos where he referred to unmarried women over the age of 35 as “leftovers.” The pastor, and ex-husband of The Real Housewives of Potomac star Gizelle Bryant, felt the need to take aim at Samuels’ death and what he believed was a campaign to fund the late influencer’s funeral.

But Samuels’ family reached out to TMZ last week, confirming they weren’t involved with the GoFundMe and wouldn’t accept any of the donated funds. Those who donated had their money returned to them.

Samuels’ family has asked for privacy as they mourn his loss. His mother, Beverly Samuels-Burch, revealed that she learned of her son’s death on social media.

“That was a terrible thing for social media to put that out. I didn’t even know. I hadn’t even been notified,” she told NBC News. “All I’m doing is requesting that people pray for us.”