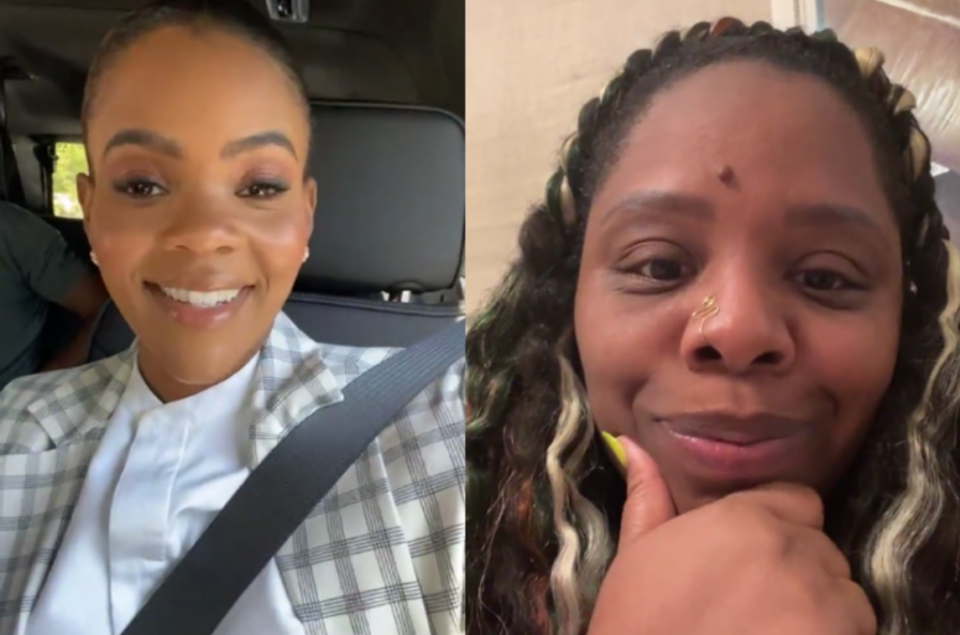 Patrisse Khan-Cullors, former Black Lives Matter Global Network Foundation leader, is back in the spotlight as questions mount about how millions of dollars donated to the organization were spent.

Cullors took to Instagram to post a tearful video calling out Owens for the unwarranted visit and accused the right-wing media of “attacking and harassing me and my family.”

“She was demanding that I come outside,” Cullors said in the video. “The constant harassment, online and offline, that I’ve experienced is unacceptable and dangerous.”

“Today Candace Owens showed up to my personal property demanding I come outside,” Cullors wrote in the post’s caption. “While she is Black she is advancing a right-wing agenda. She is dangerous and her followers are dangerous.”

But Owens posted a response video, shutting down Cullors’s “crocodile tears” and accusing the former BLM leader of avoiding the hard-hitting questions.

“Patrice Cullors of Black Lives Matter is about to be exposed as a fraud and she knows it,” Owens captioned her post.

The proud Donald Trump supporter denied being aggressive in her unwarranted visit to the activist’s home.

“I am 8 months pregnant and I showed up by myself — (with my small film crew) and politely asked if there was anyone available I could speak to,” Owens claimed.

Owens doubled down on her questions about how the millions donated to BLM were spent.

“So…Where did the millions of dollars go that were raised by BLM?” Owens asked,  “

“I’m investigating and you are going to be shocked. Crocodile tears and blocked comments are not going to stop the truth from coming out, Patrisse.”