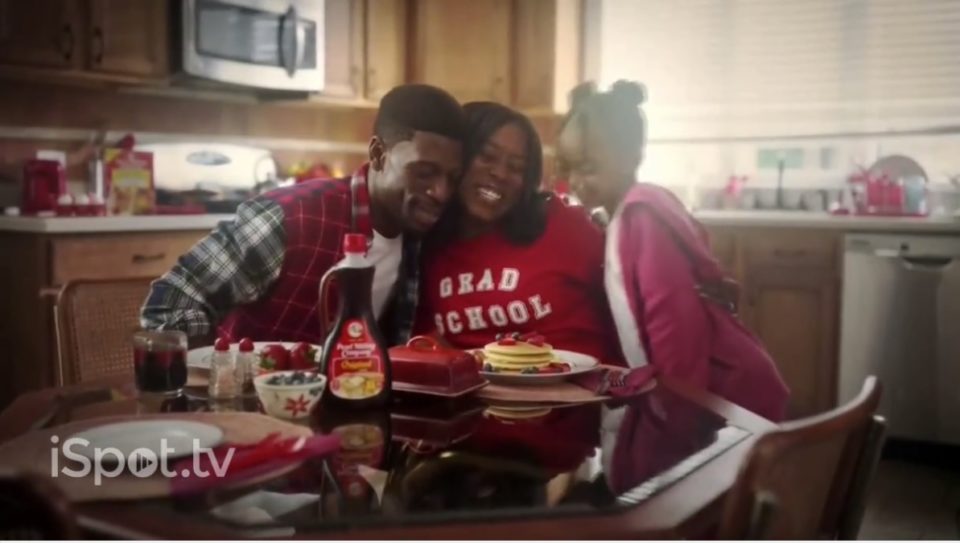 No longer Aunt Jemima—Pearl Milling Company released a new ad this week and wants customers to know the brand may have changed its name but the product is still the same.

The syrup formerly known as Aunt Jemima aired a new commercial this week in an effort to boost sales. The rebranded syrup is now in stores and is called Pearl Milling company.

Black families are a part of the newly released ad. In the commercial, Black families are seen sitting at a breakfast table while enjoying Pearl Milling Company pancakes and syrup. The narrators then begins explaining the syrup’s story.

“Pearl Milling Company isn’t new to this,” the narrator says during one of the ads. “Our perfectly fluffy, syrupy goodness has been there for every special moment and we’ll always be here. Stack up the Mmmoments.”

The syrup’s parent company, PepsiCo, says letting people know the product has not changed is a campaign goal.

“Given that we’re still in the early stages of the rebrand process, there is a need for us to reinforce that Pearl Milling Company has the same great taste consumers have known for generations and with a new name that welcomes people of all backgrounds,” a PepsiCo spokesperson told CNN Business. “There’s also an opportunity for us to accelerate growth in the pancake and syrup categories.”

In response to the George Floyd murder and protests that followed, PepsiCo and its Quaker Oats subsidiary announced it would get rid of the Aunt Jemima brand name because of its racist origins.

For decades critics requested that the brand change its name. However, it took for the 2020 protests and backlash for PepsiCo to respond and confirm that Aunt Jemima would change its name and become Pearl Milling Company.

Other brands also decided to change their names, including Uncle Ben’s. However, Mrs. Butterworth’s parent company, Conagra Brands said, “it is still in the process of reviewing the syrup brand’s bottle shape.”