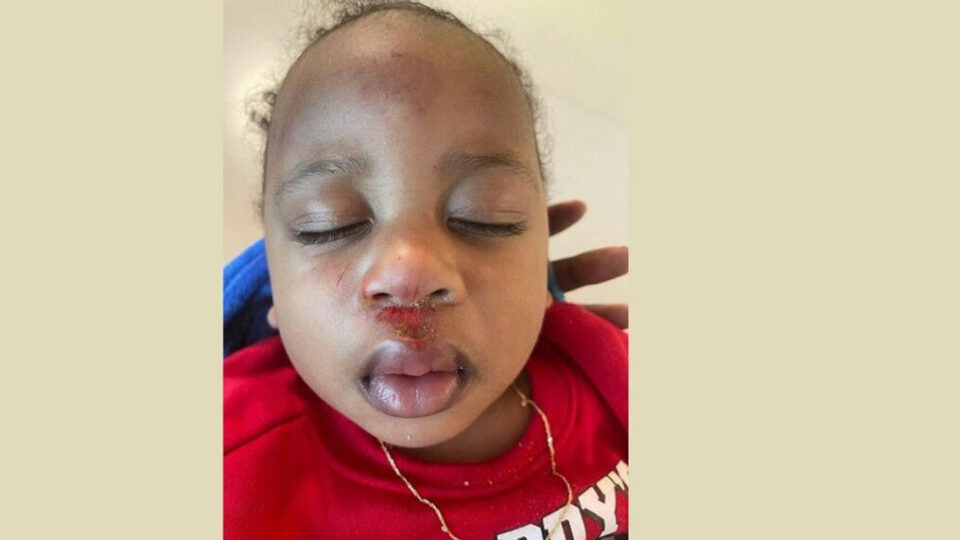 The Pensacola Police Department says it has launched an internal affairs investigation after parents say a child was hurt while in police custody following a police-involved shooting. (Image: Twitter)

Pensacola Police have announced an internal affairs review of the execution of an early morning warrant in which a one-year-old baby was injured.

Business Insider reports the incident began when SWAT officers with the Pensacola Police executed a search warrant at the home of Corey Marioneaux Jr. in connection to a Jan. 22 shooting. However, local police said Marioneaux Jr., a 24-year-old man, was not a suspect in the search.

ABC affiliate WEAR-TV reported the officers executed the warrant on Feb. 3 at 5 a.m., knocking several times before kicking in the door and entering. Marioneaux Jr. was asleep with his two children Caion and Cylen.

Marioneaux Jr., a licensed gun owner, according to family members, opened fire against the police, believing someone was breaking into his home.

No officers were injured in the shooting, but Marioneaux Jr. was arrested and charged with attempted murder of a law enforcement official and was later released on $50,000 bond.

“I get out my car like, ‘Where’s my baby? Where’s my baby?'” Moiya Dixon, the mother of the two children, told Local 12. “And I get my baby and I see his face — and it’s almost unrecognizable compared to how he looked when I left him last.”

A picture of the boy shows him with a swollen lip and nose, scratches, and several bumps on his forehead.

“The child was checked by EMS for injuries. Both children were later released to family members,” Pensacola Police said in a statement.

Marioneaux Jr. does not have a criminal history, and Pensacola Police have said he is not a suspect in the January shooting that led to the warrant. The family is now wondering why the police came to their house and how their son was injured. The incident seems eerily similar to the no-knock warrant that resulted in the death of Breonna Taylor in 2020