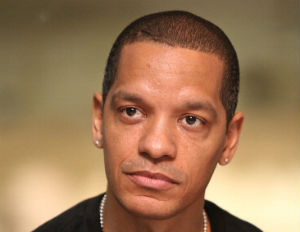 How many stars have gotten out of financial trouble through a Reality TV show deal? Uptown Magazine dissects how Peter Gunz ended up in that very situation.

According to Uptown, copyright law caused Gunz to live on a shoestring budget.

When “DÃ©jÃ  Vu (Uptown Baby)â€ was first released, I had no clue where Uptown was or how to get there but you would’ve never known by the way I belted the lyrics each and every time the song came on the radio. Growing up in the Midwest, my only exposure to the song’s beloved boroughs was courtesy of television episodes of “New York Undercover.â€ But my love for the song ran deep. And apparently I was not alone. The Lord Tariq andÂ Peter Gunz hit went on to peak at #9 on the Billboard 100 charts and sold over 1 million copies. That was 1998.

Now it’s 2013 and music videos have been replaced by reality shows for one member of the rap duo, Peter Gunz. Last week the 4th season ofÂ Love and Hip-Hop New York premiered on Vh1 with Peter Gunz as one of the central characters. Cameras showcased Peter Gunz’s love triangle between his children’s-mother-roommate and singer-songwriter-protÃ©gÃ©e-girlfriend-wife. Just when you thought reality television had reached its sensational peak. Although Peter Gunz was never crowned the King of Rap or the King of Hip-Hop, he had a respectable-enough career that one had to wonder what would prompt him to sign on for a Vh1 reality show?