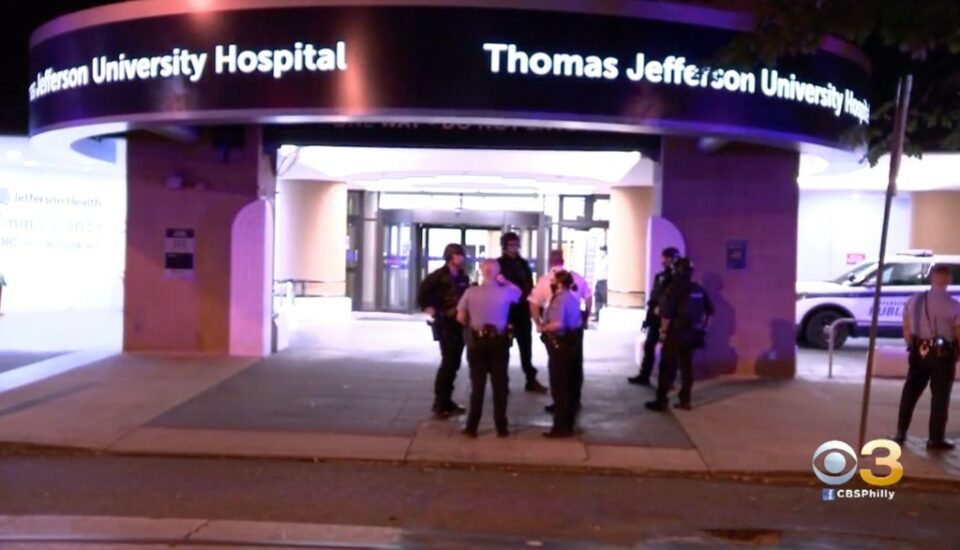 A suspect is in custody after fatally shooting a nursing assistant and injuring two officers during a shootout at the hospital where he worked.

A 55-year-old employee at Jefferson University Hospital went on a deadly killing spree on Monday, CBS Philly reports. The suspect came in wearing scrubs and went up to the ninth floor where he fatally shot a 42-year-old nursing assistant.

“There was a male in scrubs with a weapon or a long gun who was firing, potentially firing rounds in the air,” Philadelphia Police Commissioner Danielle Outlaw said.

The suspect’s motive behind the shooting spree remains unknown. He drove off in a U-Haul truck and was found at Parkside in West Philadelphia waving a large gun.

“It is pretty clear as it relates to the murder that happened of a 42-year-old, completely innocent victim, in Jefferson Hospital that the two people knew each other and early indications are that they were actually friends,” district attorney Chesley Lightsey said.

“We don’t know what the motivation was that caused our suspect to go in and murder the person. But he was clearly, based on everything I know, targeting this individual.”

At least two officers were injured during a shootout, CBS reports. One was shot in the right arm and the other suffered a graze wound to the nose. The suspect was shot in the upper torso and neck and is listed in critical condition.

“When the officers arrived there, four of our 16th district officers encountered the male,” Police Commissioner Danielle Outlaw said. “The male who was the shooter fired at the officers, and four of the officers returned fire. We learned that he was wearing body armor and was carrying multiple weapons in addition to the long gun, which was believed to be an AR-15. He was also carrying some form of a handgun, a semi-automatic handgun.”