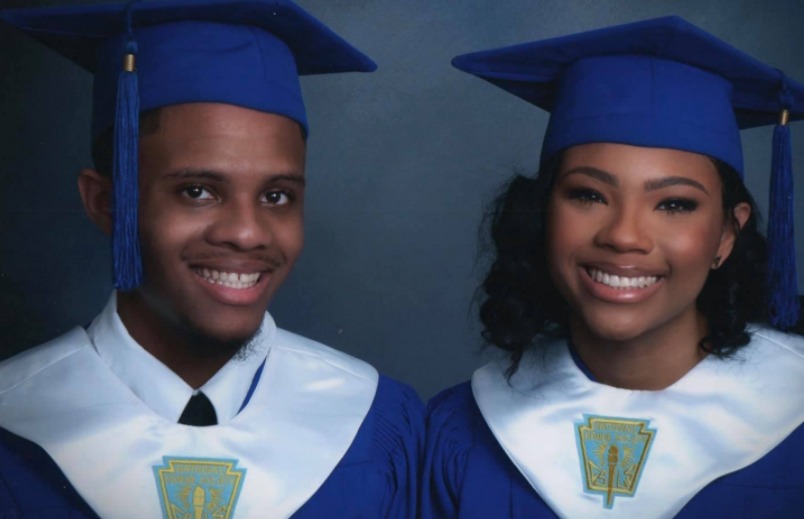 Jonathan and Janaya Boston McCray, twins from North Philadelphia, have graduated from William W. Bodine High School’s class of 2021 as valedictorian and salutatorian, according to Philadelphia’s ABC6. The report added that the twin scholars, the first-generation college students have full rides to cover college costs.

Janaya is headed to Temple University to study to become a veterinarian. She also played basketball. Her brother, who ran track, opted to travel a little further to pursue pre-law studies at Howard University, located in Washington, D.C.

“We motivate each other at all times like we compete for grades and everything,” Janaya told ABC6.

Since Jonathan and Janaya took the first and second academic spots in their class, the twins have every right to feel proud of their accomplishments.

“Good Morning, Facebook Family and Friends! I am pleased to announce that I will graduating as Valedictorian and my twin sister Janaya will be graduating Salutatorian. We will be giving graduation speeches. The hard work paid off. I have to give all honor and praise to God 🙌🏾🙂. I will never thought I would be graduating first in my class in High School,” Jonathan posted on his Facebook page in May.

The siblings graduated on June 10, their 18th birthday.

Mic pointed out that Black youth have been represented in the news and on television shows as thuggish, “welfare queens,” unmotivated, or simply not intelligent. And according to The Ontario Human Rights Commission (OHRC)’s findings from a paper published called ‘Schooling, Stereotyping and the Limits to Educational Opportunities,’ even immigrants and racial and ethnic minorities who are youth in Ontario, Canada were stereotyped inside and outside of the classroom.

Stereotyping anyone, especially developing youth, is careless and unfair. Stories such as Jonathan and Janaya’s remind the world that inspirational excellence is all around us, and that includes Black academic excellence.