Pilot Hopefuls With Disabilities Overcome Challenges and Earn Their Wings 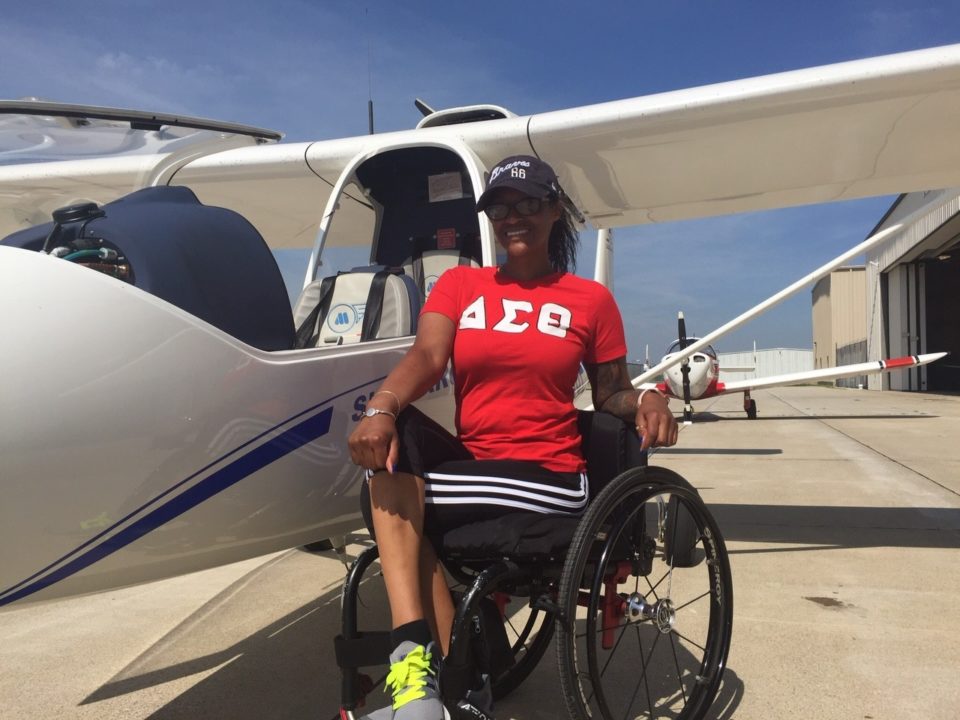 Leslie Irby is a former Able Flight student who earned her pilot’s license in 2019. She made history by becoming the first disabled, Black female to earning a pilot's license. More Able flight students recently earned their licenses to fly. Facebook- Able Flight

People with disabilities can embrace more opportunities in modern times, thanks to innovation and technology and now, even achieving a goal of becoming a licensed pilot is not a far-fetched impossibility.

Six students who dreamed of earning their pilot wings recently experienced the joy of achievement, through Chapel Hill, NC-based Able Flight, according to a Facebook post.

The nonprofit strives to provide aviation career instruction for individuals who are physically disabled, per information provided on the website. Potential students who applied for 2020 training scholarship awardees were impacted by the pandemic. The opportunities “carried over into 2021.”

The program is not a novelty. It builds confidence in individuals who live with disabilities, and it offers a bridge to new opportunities.

Leslie Irby is a former Able Flight student knows the value of Able Flight’s scholarship program extremely  well. The ambitious woman from Ga. earned a pilot’s license in 2019 through the nonprofit.  She even made history by becoming “the first Black Female with a disability to earn her pilot’s license,” according to 11 Alive.

“A lot of people look at a disability in a negative light, but I use it as my motivation,” Irby said in the interview. “It made me find a new purpose in life. It gave my life new meaning.”

The pilot who had the ability to take control of single-engine aircraft upon finishing her high school education was left paralyzed, after a crash in 2013, according to 11 Alive.

Irby did not let a tragedy that struck her life erase her dreams of taking flight in the skies. Along with Able Flight’s help, Irby finished an aviation program at Indian-based Purdue University to officially become a pilot.

Purdue has also served as an Able Flight instruction venue, a press release announced. And in the case of flight students like Irby, accomplishing an incredible feat proves to the world that dreams can still come true, even if life interrupts a person’s original plans.