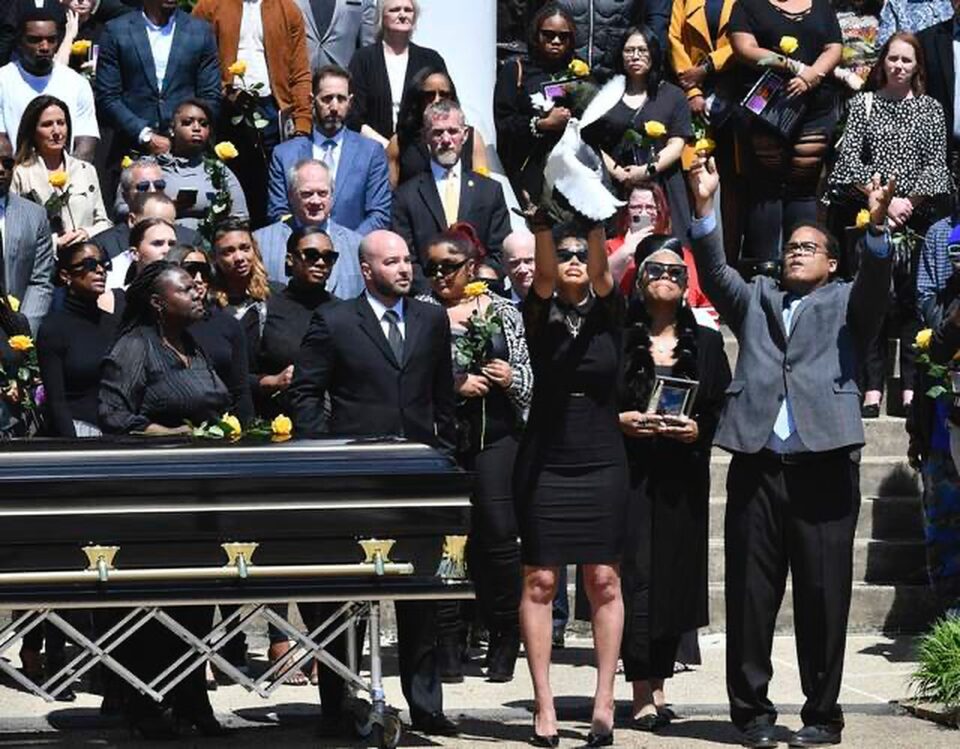 Dwayne Haskins’ parents had never met his wife Kalabrya Gondrezick-Haskins, and didn’t plan on doing so at their son’s funeral service. Instead, the parents of the late Pittsburgh Steelers quarterback will host two different ceremonies in his home state of New Jersey and at his Maryland high school.

“We have never met or spoken to the wife, and we didn’t want our son’s funeral service to be the place we met her for the first time,” Dwayne Sr. and Tamara Haskins said in a joint statement to WUSA9.

Dwayne and Kalabrya married in March 2021.

Dwayne died on Interstate 595 near Fort Lauderdale in Florida during the early morning of April 9, after being hit by an oncoming dump truck, as previously reported. New 911 recordings released last week reveal Dwayne contacted his wife that he had run out of gas. She called the police from Pittsburg, Pennsylvania, where the couple lived, after he stopped answering her calls. Another recording included a call from a frantic driver who had been witness to the tragic scene.

The quarterback was in South Florida to train with fellow Steelers teammates. He would’ve turned 25 on May 3.

His former teammates from both the Steelers and Washington Commanders, head coach Mike Tomlin, former Ohio State head coach Urban Meyer, and NFLPA Executive Director DeMaurice Smith, among others, were in attendance.

His parents did not show, however, held a live streamed funeral yesterday at Christ Church in Rockaway Township, New Jersey, the second of three held in honor of the 24-year-old. A final live streamed memorial is scheduled for today at 7 p.m. EST at Bullis School in Potomac, Maryland, where the football star attended school.

Dwayne played for the Steelers just a year before his death. He was slated to compete for the starting quarterback position this season, filling the shoes of Ben Roethlisberger following his retirement.